Myrrh – the name evokes Christmas, far-off lands and exotic scents. The myrrh we know is the gum resin of a shrub or small tree growing up to three metres tall. Small, often irregular, trifoliate leaves and yellowish orange, paniculate inflorescences appear on the twigs of the knotty shrub at the end of the rainy season. Red berries ripen from the flowers. Spiny thorns on the side branches give the myrrh a rather menacing appearance.

Ducts in the bark exude sap spontaneously or when the bark is wounded. This sap dries on the bark to a greyish or yellowish brown resin – myrrh. It is aromatic and has a sharp to very bitter taste.

The scientific name Commiphora is probably made up of the two Greek words ‘commi’ (embalming gum) and ‘phoros’ (bearing). The epithet ‘molmol’ is Somali for very bitter. The word myrrh is thought to come from the Arabic ‘murr’, meaning bitter.

Trees such as the myrrh produce disinfectant resin to protect themselves against invading pests and to close wounds. Myrrh is one of the oldest known plants to be used for medicinal and ritual purposes. It is mentioned in various mythologies and medical works dating back more than 3000 years. Its most important use up to the fourth and fifth centuries before the birth of Christ was as a ritual incense. The Egyptians used it for sacrifices to Ra, the sun god. In antiquity, Egyptians and Jews used myrrh as an ingredient for embalming their dead.

Greek mythology tells the story of Smyrna. Aphrodite is supposed to have put a spell on her, making her fall in love with and seduce her father, Cinyras, priest and king of Cyprus. After twelve nights she was pregnant. When her father discovered who had seduced him, he wanted to kill his daughter. Smyrna wished she could become invisible and begged the gods for help. They transformed her into a myrrh tree. Smyrna cried bitterly about it: tears of bitter myrrh resin. Nine months later she gave birth to Adonis. Incidentally, Smyrna is the Greek word for myrrh.

The bible mentions myrrh several times, one of them being at the birth of Jesus: the Three Wise Men from the East brought the child gifts of gold, frankincense and myrrh. Each gift had a symbolic meaning. Gold stood for kingship, frankincense for holiness and myrrh for suffering. Hanging on the Cross Jesus was offered wine spiced with myrrh, which has an anaesthetising effect – apparently this was the custom at that time. However, Jesus refused the drink.

Something comparable to wine laced with myrrh is still known today – retsina. This wine matures in casks which the winemakers have treated with Aleppo pine resin. They profit from the preservative action of the resin. For the same reason, winemakers in ancient Rome and Greece treated their wine casks with smoke from burning myrrh.
Whether in Egypt, China or the Orient: everywhere people knew of the vulnerary powers of myrrh and used it to treat wounds, ulcers and infections. Oriental women appreciated the deodorising action of myrrh and rubbed the resin into their armpits. India’s ayurvedic medicine also uses myrrh to treat rheumatic complaints and high cholesterol levels. In the Middle Ages physicians used myrrh to treat so-called ‘congestion’ of diverse organs, especially the stomach, intestines, lung, uterus and bladder, as well as inflammation of the mouth and throat. Myrrh fixes other fragrances and is therefore often added to perfume mixtures.

By nature, the myrrh tree is forming and astringent. This shows itself in its stunted growth, spine-tipped twigs and small leaves. Both elements can be found in its medicinal action.

In Dr. Hauschka Med Sage Mouthwash, myrrh rounds off the astringent composition which also contains rhatany and bloodroot to strengthen and firm the gums. 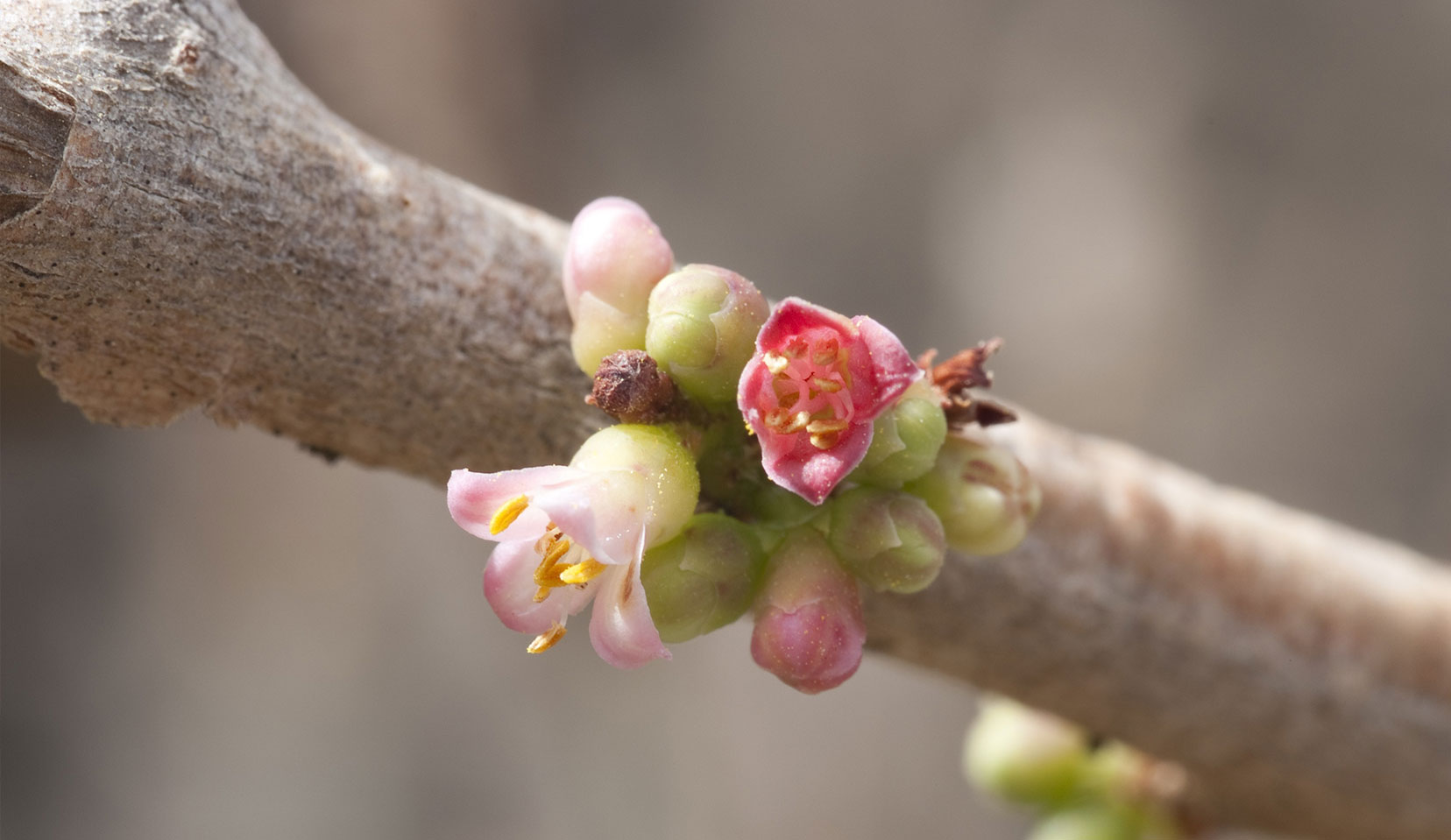