The most striking feature of this plant is what gave it the common name Mother of Thousands. If you see lots of little plants scattered around a window ledge Bryophyllum cannot be far. Tiny plantlets, miniatures of the mother plant, develop along the margins of the serrated leaves, where they sit perched like hordes of little children. They drop off easily and, after landing on soil, quickly develop roots and grow into independent plants. The leaves and stems of the plant are green and fleshy and are covered with a shiny layer of wax. The entire plant is a huge water reservoir, the waxy layer preventing loss of water by evaporation. Bryophyllum therefore tolerates drought well. In fact its entire metabolism is adapted to drought. During the day, when it is hot, the plant effectively holds its breath and thus protects itself from loss of water by evaporation. At night the plant then breathes, collecting the carbon dioxide in a form bound to malic acid. The following day it then uses this carbon dioxide to carry out photosynthesis. This special type of photosynthesis, which is found in many cacti and succulents, is known as crassulacean acid metabolism.

Towards the winter, when the nights become longer than the days, Bryophyllum can also flower. Numerous pendulous, largely closed single flowers change slowly from green to pale mauve. When the flowers fade they are overgrown by the little leaf

buds. It is as if these plantlets wanted to prove that they contribute more to the spread of the plant than the seeds.

In the traditional medicine of tropical countries Bryophyllum juice is used internally for diarrhea and "all kinds of fever". An ointment prepared from the expressed juice of the leaves mixed with oil or shea butter, is used externally for treatment of ulcers, abscesses, burns or poorly healing wounds. The ointment has hemostatic, anti-inflammatory and wound-healing action.

It was Rudolf Steiner who first introduced Bryophyllum in 1923 as medicinal plant for hysteria.

Bryophyllum means "growing leaf" from bryein = to grow, sprout and phyllon = leaf. The first specimens of the tropical plant were introduced into the botanical gardens of Europe around 1800 via England.

Johann Wolfgang von Goethe was "passionately fond" of the closely related Bryophyllum calycinum (Kalanchoe pinnata). He raised several generations of the plant himself from the leaf buds and also took pleasure in sending leaves to his friends for propagation. A letter to Marianne von Willemer dated April 1830 testifies to this: "You recently received a small package which imposes upon you the pleasant duty of concerning yourself, in memory of an acquired friend, with the raising of plants. May these fertile leaves put down many roots and may they, in their abundant growth, perhaps also communicated by the friend herself to friends, revive and preserve the memory of the sender."

Incidentally Kalanchoë daigremontiana grows faster and more luxuriantly than Bryophyllum calycinum and is therefore preferred for the preparation of drugs and Skin Care products.

Bryophyllum appears to be arrested at the stage of the embryonic and unformed. The small leaf buds shoot up everywhere without restraint, overgrow even the flowers. The plant appears to pour forth its entire energy into vegetative multiplication, it does not restrain itself for more organized forms such as flowers and seeds. This picture finds its parallel in the mental state which manifests as hysterical disorders. The individual breaks away early, his powers of will and fantasy take on a life of their own, are not controlled or refined. Because of this correspondence Bryophyllum is used in anthroposophical medicine as internal medication for hysterical conditions. 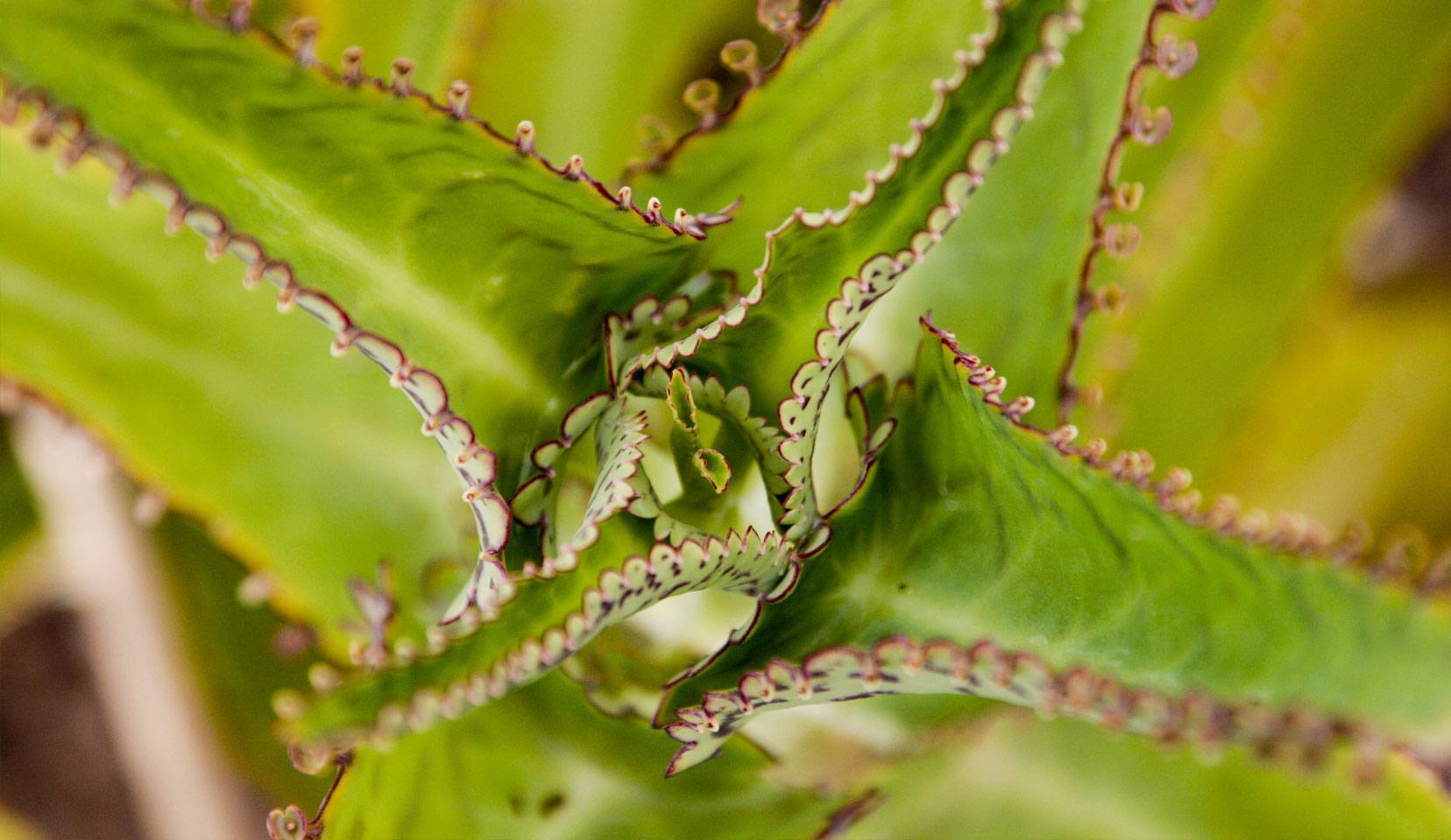