Probably native to the Bismarck Archipelago (east of Papua New Guinea). Cultivated from India to Malaysia, in China and other tropical regions.

These firm, yellowish brown or grey rhizomes are nowadays to be found in any good fruit and vegetable department. With their irregular shapes and knobbly protrusions they often resemble little manikins. Ginger root is familiar to anyone who likes cooking Asian style. Every time you cut open these dry, hard, odourless roots it is as if a little miracle takes place: the characteristic pungent lemony aroma is immediately exuded and a yellow juice seeps out of the woody structure. This rhizome, the rootstock of the ginger plant, grows horizontally in the ground, only branching in a single plane. And what grows from the root? The ginger plant itself has the appearance of a very strong grass. Its green pseudostems, which can reach a height of more than 3 feet, are actually leaves which are so tightly closed that they look like stems. Longish leaves protrude from the pseudostems at intervals. The stem ends in a whitish-yellow spike composed of individual flowers resembling orchids.

It is not without reason that ginger is an ingredient of so many dishes in its native country. It stimulates the appetite and activates the digestive processes. It can relieve stomach complaints and is also used for motion sickness as it is very effective against nausea.

The scientific name "Zingiber" is derived from the Sanskrit word "sringavera" which means "bearing antlers" and vividly describes the shape of the ginger root.

Good things catch on. Whether in China, Japan, India, the Islamic world, Greece or the Roman Empire, or later at the time of Hildegard von Bingen or Paracelsus: everyone knew and valued the medicinal qualities of ginger. It is even mentioned in the Koran, where it is listed as one of the holy plants. In the South Pacific ginger is used by the magicians as an important charm. In the Middle Ages it was thought that a plant with such healing powers as ginger must come directly from the Garden of Eden.

In America crafty horse dealers are said to have given their horses ginger to eat. Its stimulating action is said to have made every horse gracefully raise its tail, a sign of youthful fire.

Apart from its medicinal uses, ginger root is also widely used in the culinary world: fresh in exotic dishes, powdered in many spice mixtures, e.g. curry, crystallised, in combination with chocolate or in ginger ale. It is used in mouthwashes and dental tinctures to improve the smell and taste. And it is sometimes used as fixative in perfumery.

A root as strongly perfumed as ginger is almost a flower. Indeed, it is said that essential oils represent a flower process and that a root rich in essential oils therefore has a flower-like quality. Roots act on the human nervous system, flowers on the metabolic system. Ginger root, with its flower-character, therefore develops its healing action on nervous processes in the metabolic system, particularly on the digestion. 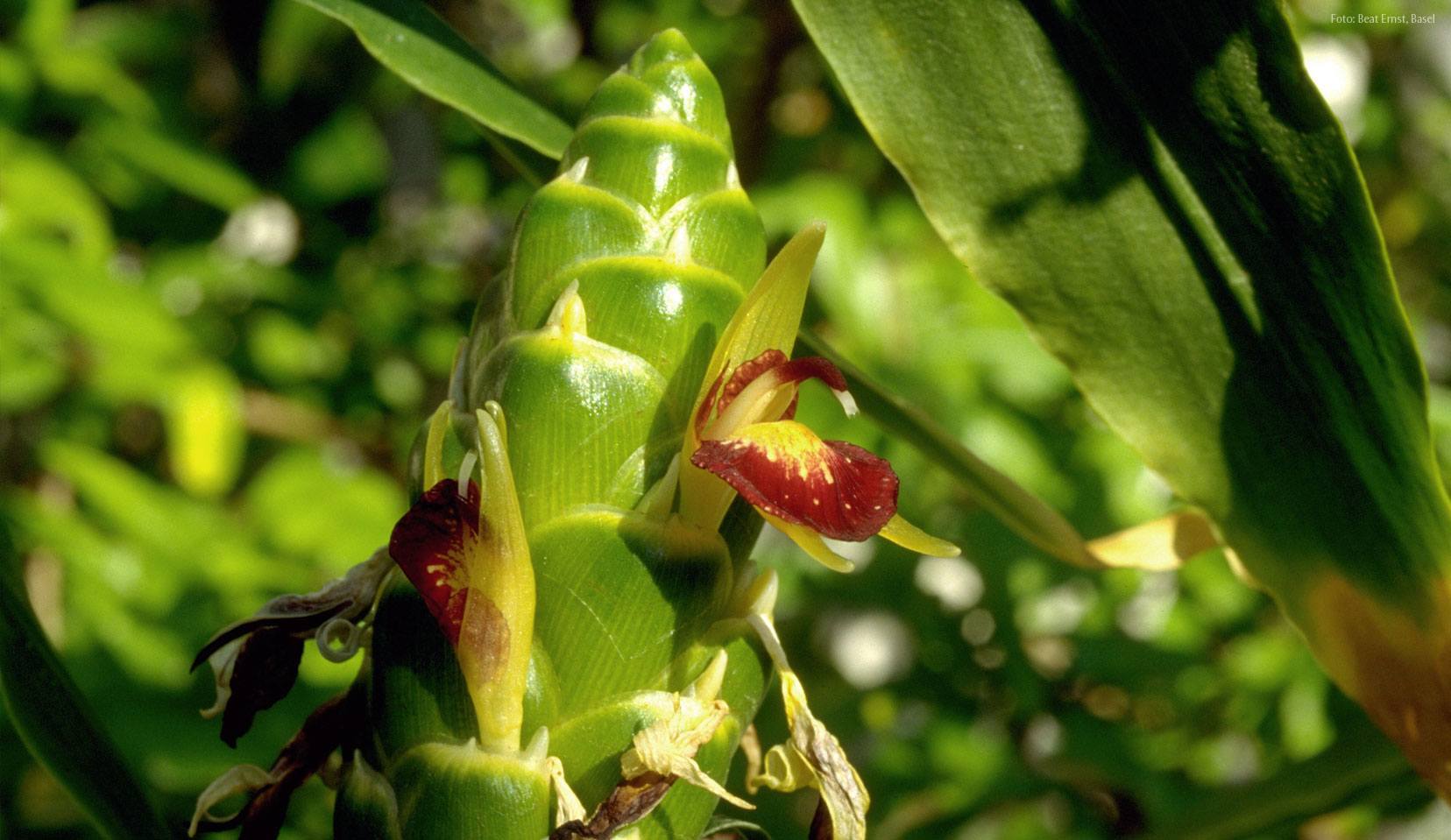