Manuka is a compact evergreen shrub which is covered for months with copious pink, dark-red or white flowers that are extremely attractive to bees. The colour of the flowers depends on the chromium content of the soil. Fertilised flowers develop feather-light seeds which are dispersed by the wind. The small lanceolate leaves emit an aromatic fragrance if rubbed between the fingers. They taste bitter to sharp.

In its native New Zealand the manuka shrub grows up to the vegetation line in various forms ranging from 5-cm high scrub to 15-meter high trees.

Manuka essential oil is obtained from the leaves and twigs of the plant by means of steam distillation. This viscous, yellowish oil with its distinctive odour is very effective against viruses, bacteria and fungi and also reduces swelling. It is used for skin disinfection and to treat eczemas, itching, thrush, athlete’s foot and acne, and can help alleviate sore throat, sinusitis and bronchitis. Decoctions and infusions of bark are astringent, alleviate gastro-intestinal inflammation and have a soothing action. Manuka honey has proven antibacterial properties.

The scientific name Leptospermum is derived from the Greek leptos = thin, fine; and sperma = seed. It describes the appearance of the feather-light seeds.

The indigenous people of New Zealand, the Maoris, have been handing down knowledge of the healing properties of the manuka shrub for a long time. The government of New Zealand recently became aware of this treasure trove of knowledge and has started to subsidise the marketing of manuka oil.

Captain James Cook encountered manuka in 1769 on his New Zealand expedition. His crew prepared fresh leaves of the plant as a tea substitute, and manuka was consequently called tea tree. However, it should not be confused with the Australian tea tree, Melaleuca alternifolia, the oil of which also has manifold uses. In the literature accounts of the two oils are indeed often mixed up because the plants have the same name.

Manuka oil is obtained from New Zealand, where Maoris harvest manuka leaves by hand from shrubs found growing in the wild. The shrubs grow back quickly, so there is no threat to the stands. In the process of steam distillation plant residues occur which are used for mulching and as fertiliser. Manuka oil rounds off the wound-healing and clarifying formula of Dr. Hauschka Coverstick. 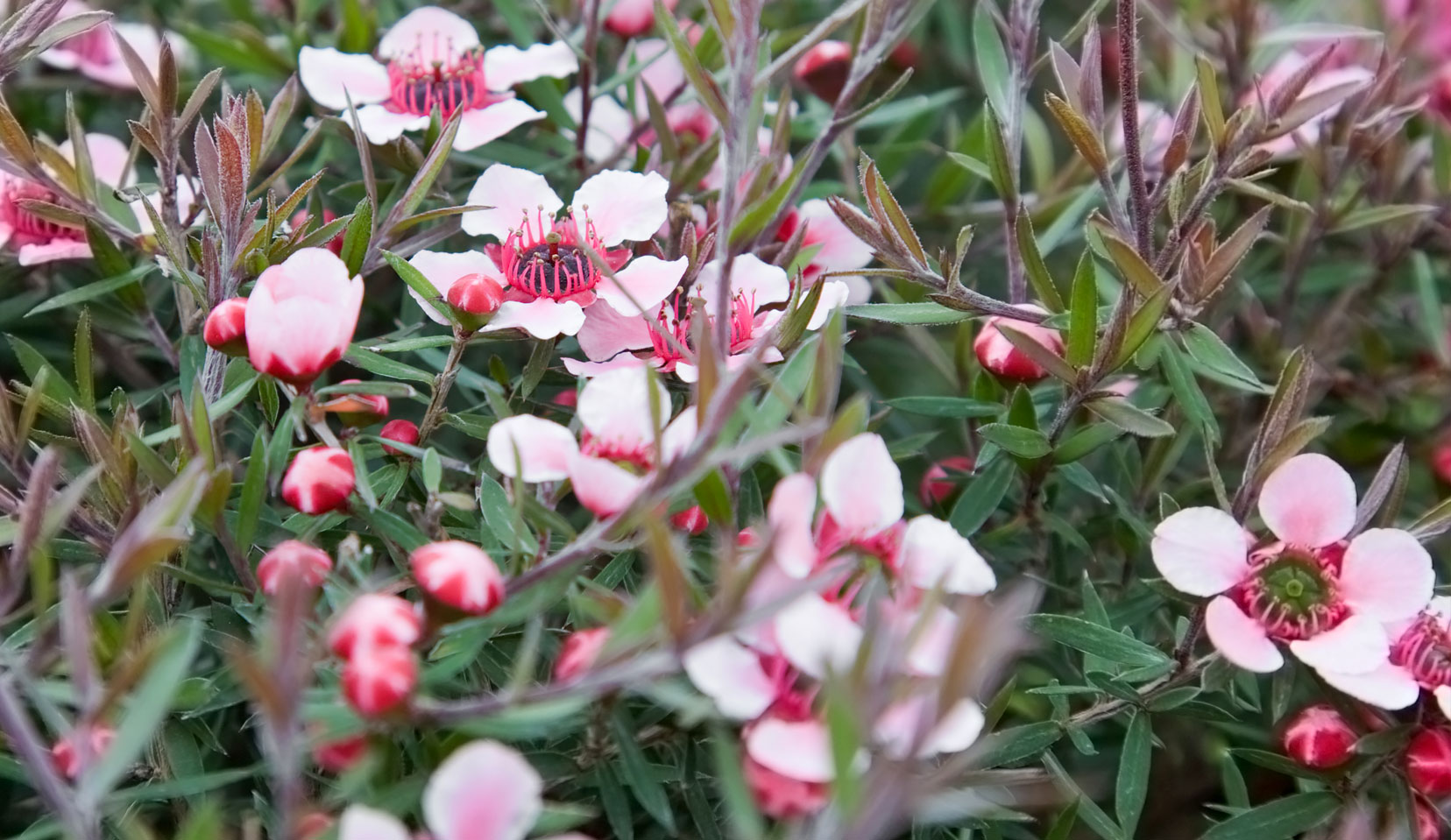