Native to northern Greece and the Caucasus.

There are two moments in the year when the Horse Chestnut particularly attracts our attention: in May when the impressive candle-shaped flowers reach up towards the spring sky in their full splendour and in the autumn when the sound of falling chestnuts rings in the new season. In the summer, this imposing tree, which can reach a height of more than 90 feet and bears large, palmate leaves with seven leaflets, provides many an idyllic shady place.

Extracts of Horse Chestnut act on the entire vascular system, particularly the veins. It strengthens the walls of the blood vessels and promotes the circulation in the finest vessels. It also removes excess fluid from the tissues and makes them firmer. The two important constituents are the aesculin in the bark and the aescin in the seeds. The coumarin compound aesculin stimulates the metabolism and promotes the circulation of blood in the tissues. Its ability to bind ultraviolet radiation makes it an important ingredient in sunscreen preparations. The saponin aescin, which foams when mixed with water, both removes excess fluid from the tissues and prevents the accumulation of new water in the tissues. This spectrum of action makes Horse Chestnut seeds one of the most important agents for the treatment of haemorrhoids and diseases of the vascular system, particularly of the veins.

In traditional medicine Horse Chestnut is seldom used nowadays because of its unpleasant taste. However, there are recipes for tinctures, teas and poultices. The various formulations were used for the treatment of venous disorders, rheumatic complaints or cough.

The Latin name Aesculus is thought to be derived from the Latin "edere" = to eat. Hippocastanum is a Latin translation of Horse Chestnut, possibly derived from a Turkish custom of feeding them to horses suffering from respiratory ailments, as mentioned in the New Kreuterbuch, a 16th Century herbal: "The Turks call them horse chestnuts because they are very helpful for treating panting horses."

It was only in the second half of the 16th century that the Horse Chestnut spread from its native Greece to Central Europe. The starchy chestnuts, the seeds of the Horse Chestnut tree, soon came to be used as food for domestic and wild animals and as a source of starch. Despite the longstanding belief that carrying three chestnuts in your pocket would ward off various diseases, the actual healing powers of the Horse Chestnut were not realised until the end of the 19th century. Instead, the seeds were used to obtain a paste for bookbinders and paperhangers which was not eaten by maggots and insects because of its bitterness.

Dried chestnuts tied in a cloth bag can be used for a pleasant foot massage. Just put your feet on the bag and move them gently back and forth.

Horse Chestnut lives in the polarity of light/lightness and darkness/heaviness. The seeds germinate completely in the heavy darkness of the earth. Once the shoot reaches the daylight it then strives at a rapid pace towards the light: in the first year the young tree already reaches a height of 1 ½ feet. The leaves, a delicate diaphanous green when they first appear in the spring, become steadily darker and heavier with increasing age. Horse Chestnut trees have been planted for a long time as natural protection against the sun. 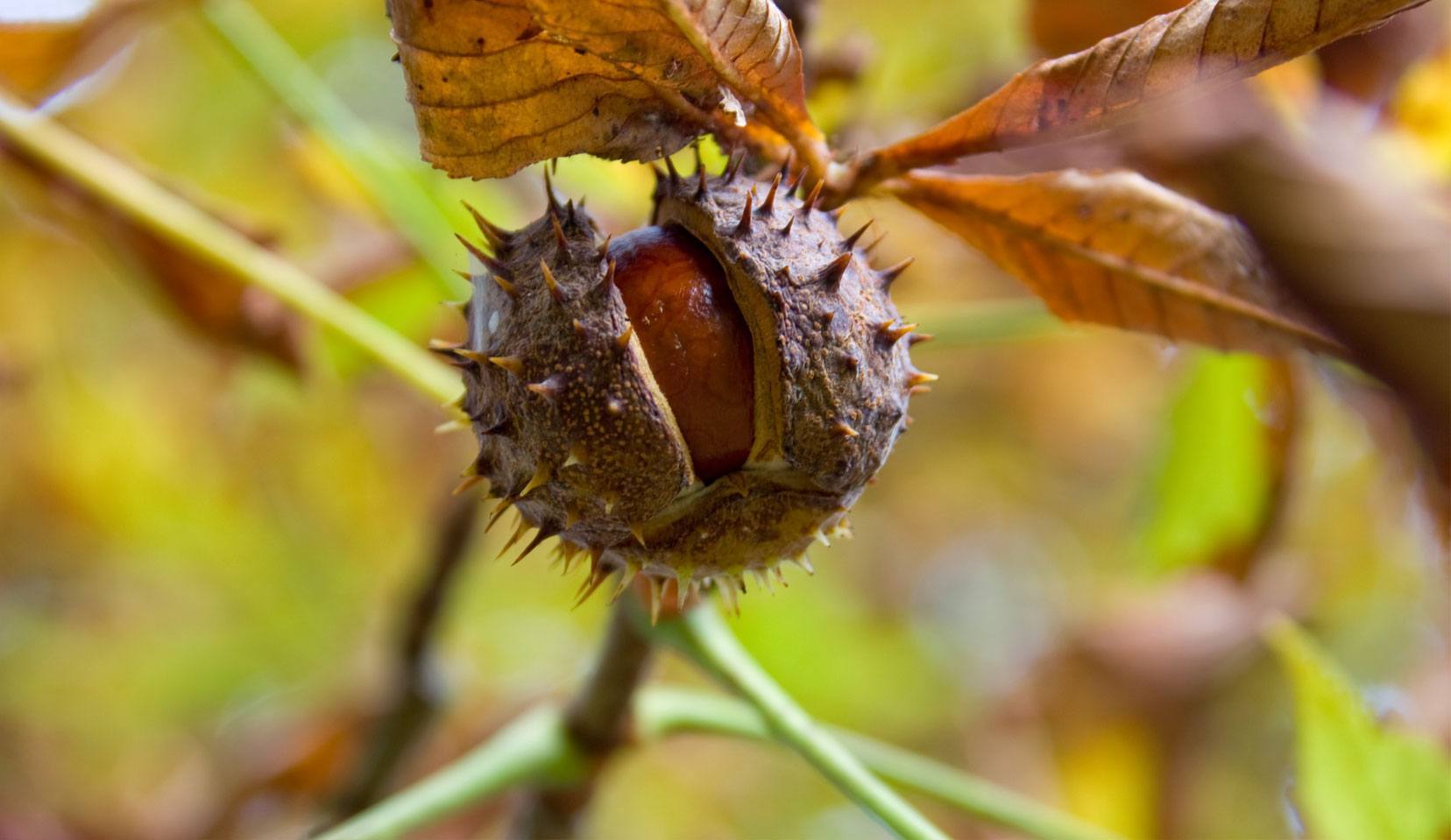