Peppermint is a plant that is easily recognized by its distinctive scent: as soon as you rub the oval to lanceolate, dark green serrated leaves a little between your fingers they release their pungent fragrance. Anyone who plants a small amount of this perennial herb in their garden will soon find they have a whole carpet of it, as peppermint quickly spreads by means of surface and underground runners. The stems grow to a height of 30 to 80 cm and are adorned with dense clusters of pink flowers from July to September.

The essential oils of peppermint have antiseptic, antibacterial and antifungal (against yeasts and moulds) properties. An infusion of peppermint leaves has antispasmodic action, stimulates the appetite and is an effective remedy for treatment of nausea or acute vomiting. It also brings rapid relief in flatulence, abdominal cramps or malodorous stools and stimulates bile flow and bile production. Peppermint's antiseptic action helps treat inflammation in the mouth. Because of its cooling, stimulating and refreshing action on the skin peppermint oil is often used in body care products. It can also be applied externally to relieve joint pain and tension headaches.

The epithet piperita refers to the sharp peppery taste of peppermint. The generic name Mentha on the other hand is derived from Minthe, a nymph who had taken a fancy to Hades, the Greek god of the underworld. Hades' wife Persephone was not at all pleased about this and without further ado turned Minthe into a fragrant plant: peppermint. According to legend peppermint is associated with Persephone's friend Hecate, the mistress of all witches and magical creatures. Mint is therefore often used in magic brews and potions. An English "Green Potion" against all ills is said to have contained several varieties of mint. According to folk lore anyone who finds a flowering mint plant on Midsummer's Day will have eternal happiness. And planting mint in the garden is said to bring riches. In France it is said that a bouquet of mint and St. John's Wort gives protection against evil spirits and sorcerers. And in Italy mint was considered an established remedy for protecting children and silk worms against evil spells and illness. In antiquity mint was better known as a symbol of wisdom and virtue. But peppermint has also been described as plant of passionate love which stands under the influence of Venus. When we think of poor Minthe this description does seem appropriate.
English seafarers used to use mint leaves to keep their drinking water fresh on long voyages. Incidentally, this is also supposed to be a good way of improving the quality of the water for cut flowers.

There are innumerable different varieties of mint. Orange mint, ginger mint, pineapple mint, apple mint, mountain mint: each one has its own distinctive aroma and slightly different appearance. It is well worth exploring a well stocked garden centre.

The mint so widely consumed today is actually a whim of nature. The peppermint used as medicinal herb today came into being in 1696 in the middle of a field of Mentha spicata and Mentha aquatica as so-called hybrid: a cross between these two species. Attentive observers discovered the intruder, found it to be good and proceeded to cultivate it. It was a good decision and they would surely be proud if they knew that their offspring was declared medicinal herb of the year in 2004. This honour was bestowed by the Working Group "History of Medicinal Herbology" at the University of Würzburg which chooses a particularly worthy medicinal herb for this honour each year. When we consider all the things that peppermint does we can only agree with this choice. 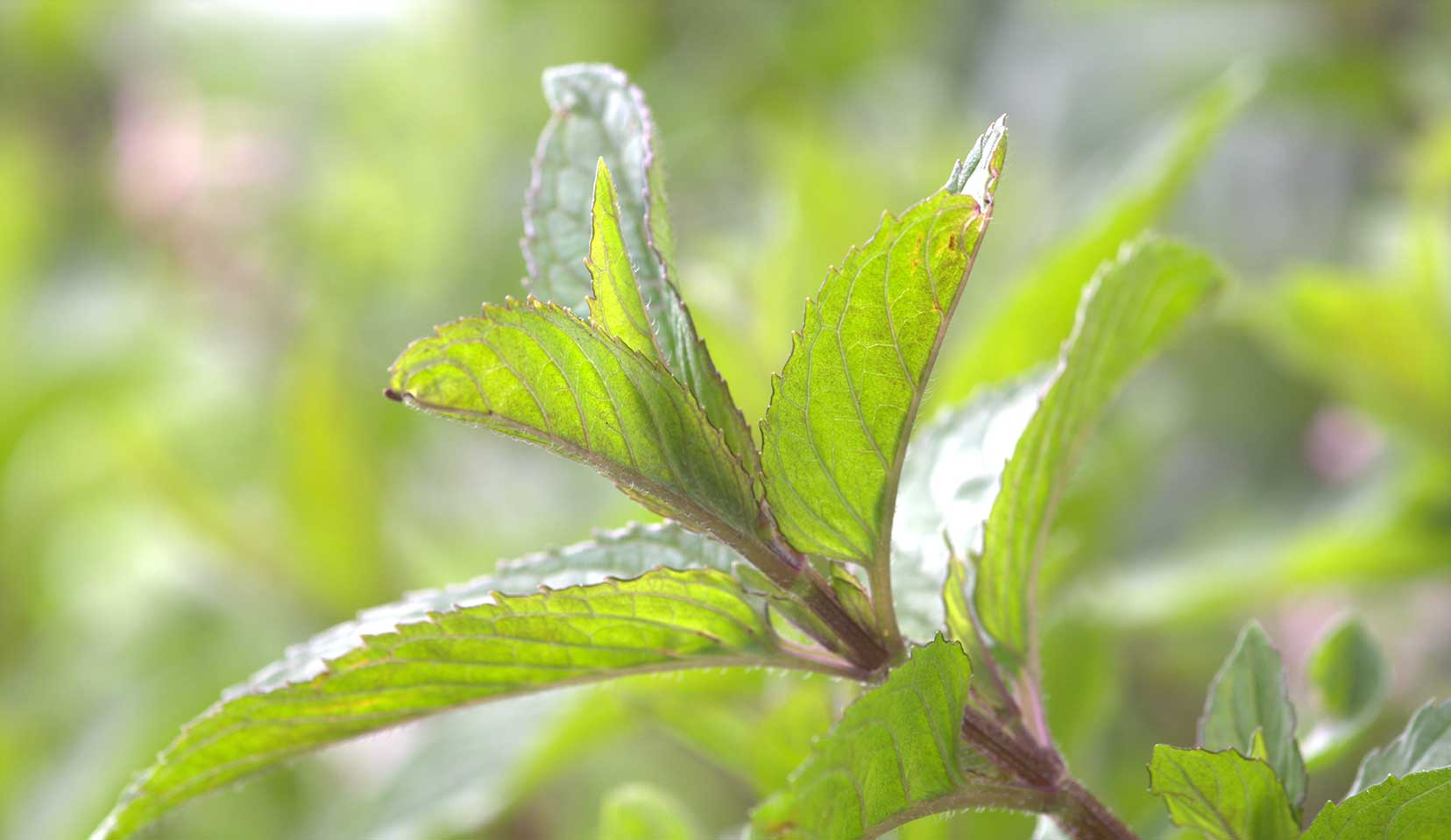