The Caspian Sea, the Black Sea, the eastern Mediterranean.

Any gardening enthusiast must have come across mallows. Their perennial brother, the marsh mallow, is very similar to them, as would be expected as they are from the same family. It is also called the white mallow because, unlike its sister, it has white flowers which are however a light violet at the base. Large and arranged in bunches, they open from June until August. Striking are the strongly notched leaves, which are arranged in spirals on the stems that grow up to a height of 1.50 m. They are covered on both sides with velvety, felt-like hairs and have a bluish-green appearance. The marsh mallow is best-suited to salt-containing or chalky soils. It is also at home in damp meadows and on embankments.

As well as the leaves, it is mainly the root of the marsh mallow that is used, which is harvested from the two-year old plant and has been valued from ancient times because of its high mucilage content. It is used internally against stomach pains, diarrhoea and intestinal complaints, chronic asthma, silicosis and emphysema, coughs and inflammation of the oral and pharyngeal cavity including the gums. It is used externally for wounds and burns to the skin, for boils and carbuncles. In all these cases the mucilage covers the wounded or burned part like a protective layer and enables it to heal more quickly.

The flowers and leaves of the marsh mallow have their place as an agent in the home. A paste boiled from the leaves is placed on wounds. Boiled with honey, the flowers provide a cough remedy. A simple solution against headache is to chew the unprepared marsh mallow root.

Virgil found the marsh mallow among the Celts of the plain of the Po and recorded its name in Latin as "ibiscum". In Old High German this became "ibisca", in Middle High German "ibische", and then later it became "Eibisch" (the German name for marsh mallow). The scientific name Altheae comes from the Greek "althein" = to heal.

Charlemagne encouraged the growing of marsh mallow in small gardens on farms on account of its beneficial effect.

There is a popular belief that burning marsh mallow cleanses and cleans the house and the farm. The mucilage in which converted sugar is stored is the energy reserve of the marsh mallow.

The mucilage content of the marsh mallow root therefore increases throughout the winter and, from spring, when the energy is needed for growth, decreases again. This is why the marsh mallow root is harvested in winter in the WALA medicinal plant gardens, generally from the middle of January on dry days.

The marsh mallow has learnt to cope with the drying areas of salt-containing soils. This can be seen in its ability to keep its roots fleshy and full of water and to form many mucilage cells in it. This ability to maintain a balanced moisture content against extreme external conditions is passed on to the skin.

Dr.Hauschka skincare products use both the leaves and the roots of marsh mallow because of their moisturising properties. 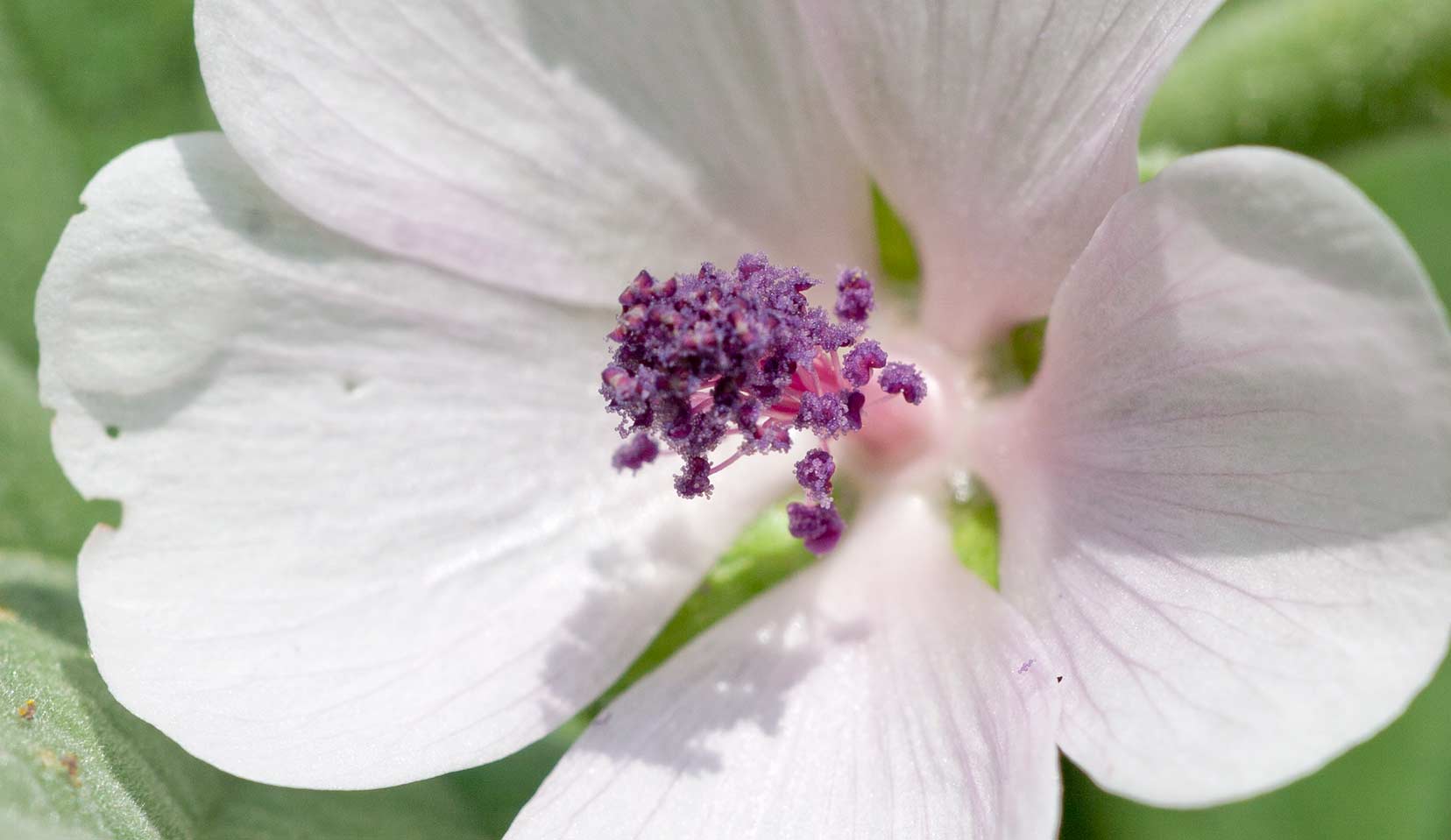