Native to India and Burma.

The most impressive feature of this tree is its lush, glossy green. The long, oblong-shaped leaves - which can be up to 30 cm in length and are arranged in rosettes at the tips of the branches - form a dense, shade-giving crown which is interspersed with orange-pink highlights provided by the young leaves. Amidst the green expanse of the mango tree, which can reach a height of 30 metres, are panicles of small, creamy pink flowers with petals only a few millimetres long which give off a lily-like fragrance. Only two to three of the thousands of flowers on each inflorescence develop into mango fruits. The fruit, which can be up to 25 cm long and weigh up to 2 kg, hangs from the tree on long stems. The skin of the fruit can be green, yellowish-green or orange, sometimes red or purple, the shape can be oval, pear- or kidney-shaped. World-wide there are approximately 1500 different cultivars. The easily bruised, juicy flesh encloses a large, flat, smooth stone that can be fibrous or hairless on the surface depending on the cultivar. Other members of the Cashew Family include the cashew nut and pistachios.

The mango kernel contains a yellowish to cream coloured fat – mango butter - which is similar to cocoa butter and is therefore permitted in chocolate in amounts of up to 5%. Mango butter is also used in the soap and cosmetic industries.

The scientific name Mangifera is composed of the word mango and the Latin ferre = to bring, collect, and can thus be translated as mango bearer.

The word mango probably comes from the Tamil word man-kay, which refers to the unripe mango fruit. Portuguese traders picked up this word in the Indian markets and ports and mistakenly named the fruit mango.

In Tamil, the main language of southern India, the ripe mango is called mamaran or mampalam. These names come from the word amra, the Sanskrit term for mango. Sanskrit is the language of the oldest Indian literary texts, the Vedas, in which the imposing mango tree stands for strength and might. This is why the word amra was often added as an epithet to the name of distinguished or admired persons. In the Vedas, written down 4000 years B.C., the mango is also called the food of the gods. A Burmese treatise relates that a gardener gave Buddha a mango fruit as a gift. When Buddha had eaten the flesh he entrusted the kernel to his cousin and servant Ananda with the words: "Plant it in a place which is prepared to receive it." To this day Indians give the gods the succulent fruit as a sign of wealth and divine sweetness. The well-known Indian paisley pattern may have been inspired by the curved shape of the fruit. The mango blossom is also

connected with Hindu gods. And in Indian poetry the scent of the flower is said to fuel the pain of unrequited love.

Mango trees were already cultivated in the Indian state of Assam 4000 years ago. From there, mango cultivation spread to Malaysia and around 1400 AD through Mohammedan missionaries and pirates to the Philippines. We have the Portuguese to thank for the world-wide presence of the mango today. Presumably at the beginning of the 16th century they took the fruit from Goa to East Africa, from there to West Africa and finally, via various archipelagos, to Brazil. Seed kernels from Rio de Janeiro found their way to Barbados (1742) and Jamaica (1782) and reached Florida around 1833 via Mexico. After failure of the first crop they were successfully cultivated there in 1861 and only four years later also on Hawaii. The mango arrived in Queensland, Australia, around 1870. Today the mango is one of the most widely grown tropical fruits after bananas and citrus fruits. Annual production world wide is 40 million tonnes. India accounts for 50% of this production, followed by Mexico, China, Pakistan, Thailand, Indonesia, Nigeria, the Philippines and Brazil. 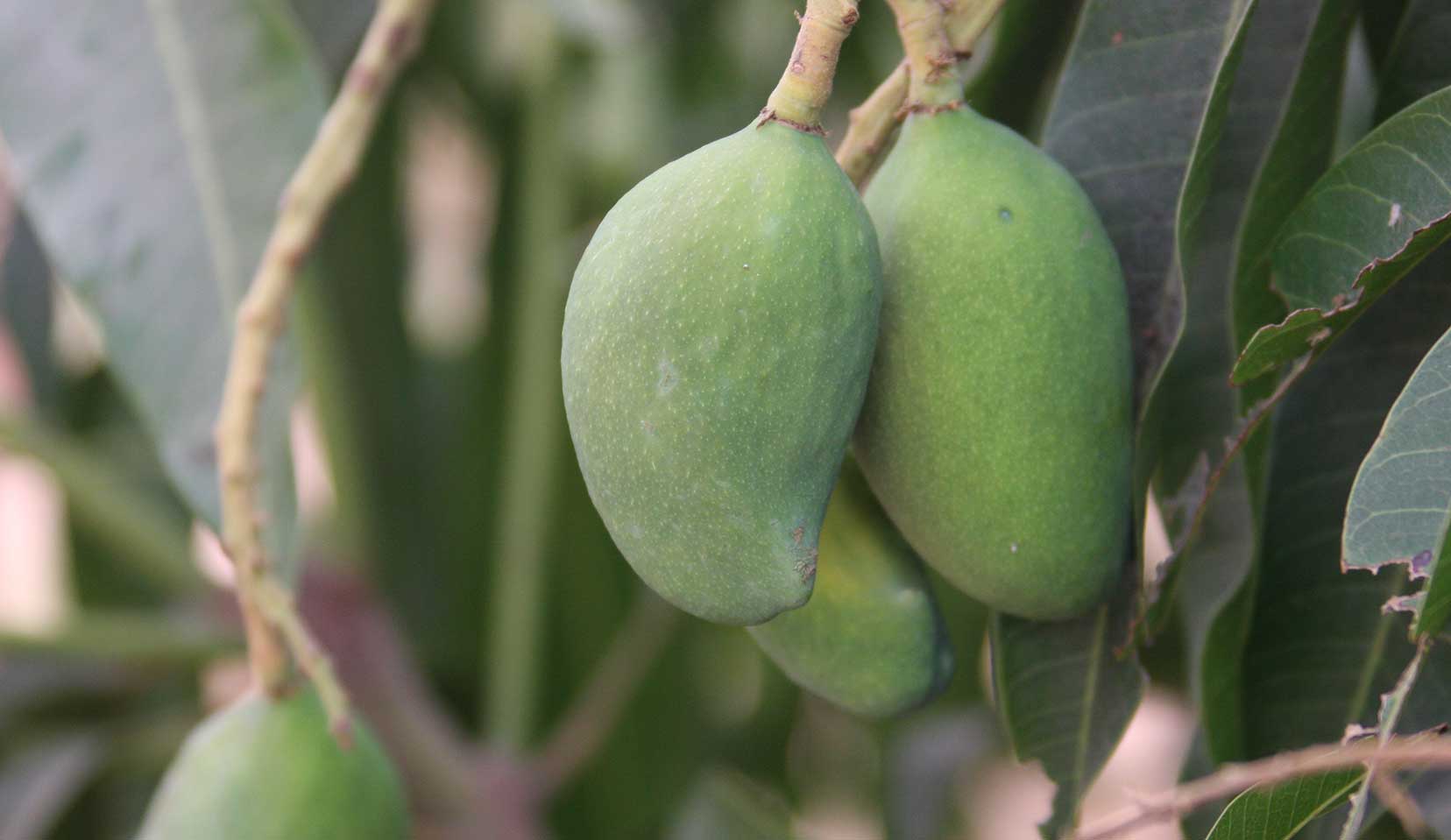