Raspberries taste best freshly picked. When properly ripe they are easily pulled from the receptacle, which remains behind on the bush as a white cone. The soft, velvety fruits are sweet and juicy and dissolve on the tongue, leaving only the hard little pips to be cracked open and crunched. Incidentally, botanically the raspberry is not a berry at all, but a ‘drupelet’: a compound fruit made up of little drupes – stone fruits each containing only one seed enclosed in a hard shell. Berries, in contrast, usually enclose more than one seed (like the gooseberry). On closer observation small, yellowish threads can sometimes be seen on the individual raspberry drupes. These are remains of the stigma, part of the female organ of the plant.

In the garden, the erect, slightly prickly, stems of the raspberry bush – known as canes – grow to a height of one to two metres. They are usually planted in rows and trained along wires. The leaves are arranged like hands and are white and feltlike on the underside. In the second year the canes bear white to pink flowers grouped in loose clusters which reveal their connection to the rose family. Towards winter, the biennial canes that have borne fruit die back to root level. They remain standing as dry twigs. In spring new canes sprout from the rootstock, which forms branching subterranean suckers. Raspberries

thrive best where it is sunny to semi-shady: in the wild they grow on the edges of woods, in sunny glades, on banks and in clearings.

Tea made from the tannin-rich leaves of the raspberry has a slightly astringent effect. It is good for mild inflammation of the mouth and throat and for diarrhoea. Folk medicine uses raspberry leaf tea to strengthen the gums, for skin rashes, gastrointestinal complaints, and for preparing to give birth. The antispasmodic action of the tea also alleviates menstrual pains. Raspberry juice sweetens bitter medicines. The seed oil is used in skin care. Because of its high unsaturated fatty acid content, raspberry seed oil is also a valuable nutrient oil which is used in dietary supplements.

The generic name Rubus refers to the red fruits. The epithet idaeus stems from Roman times. In his encyclopaedic book Natural History, the Roman writer Pliny mentioned the raspberry and noted that it was originally found on Mount Ida. It is not known exactly which mountain he means, since there is a mountain of this name on Crete and in Turkey. Nearly 1900 years later the French physician and founder of phytotherapy, Henri Leclerc (1870–1955) reinvented the origin of the name. In his work Les Fruits de France he claims that the epithet idaeus goes back to the nymph Ida, and he thought up the following story: Ida, daughter of the Cretan king Melissos, found the father of the gods, Jupiter, who was still very young at the time, in the mountains crying. She wanted to soothe the weeping child and plucked a raspberry for him. While she was leaning over the raspberry bush her breast caught on a thorn. Her blood dripped on to the berries, which until then had been white, and coloured them red forever.

The origin of the name raspberry is unclear. It comes from raspis + berry, possibly from raspise, a sweet rose-coloured wine. Hindberry comes from Anglo-Saxon and means ‘berry of the hind’ (the female deer). Hinds are supposed to be particularly fond of raspberry leaves.

Finds of raspberry seeds in Stone Age settlements prove that the raspberry was already known then. Monasteries in the Middle Ages were the first to cultivate the raspberry, and it was one of the first European plants to be introduced to North America.

German myths include two stories about the raspberry. A bewitched horse was supposed to become tame if a wild raspberry twig was tied around its body. And: as the raspberry ripens, so the corn ripens.

Incidentally, a modern fairy tale tells of an unusual lover of the raspberry. In the Tale of the Raspberry Fox, by Henning Buchhagen, a young fox called Ferdinand, who didn’t like meat at all, discovers a fondness for raspberries. At that time foxes were grey as mice. But the more raspberries little Ferdinand ate, the redder his fur became. Since that time foxes have always been red and like fruit.

The sensitive skin of your face deserves something special. So when perfecting the formula for the Dr. Hauschka Regenerating Day Cream, WALA’s product developers chose to include raspberry seed oil. About 10 kilograms of these small, light seeds are needed to obtain a kilogram of the costly seed oil. Raspberry, sister of the rose, gives a wonderfully fruity, fine oil that preserves the skin’s youth. 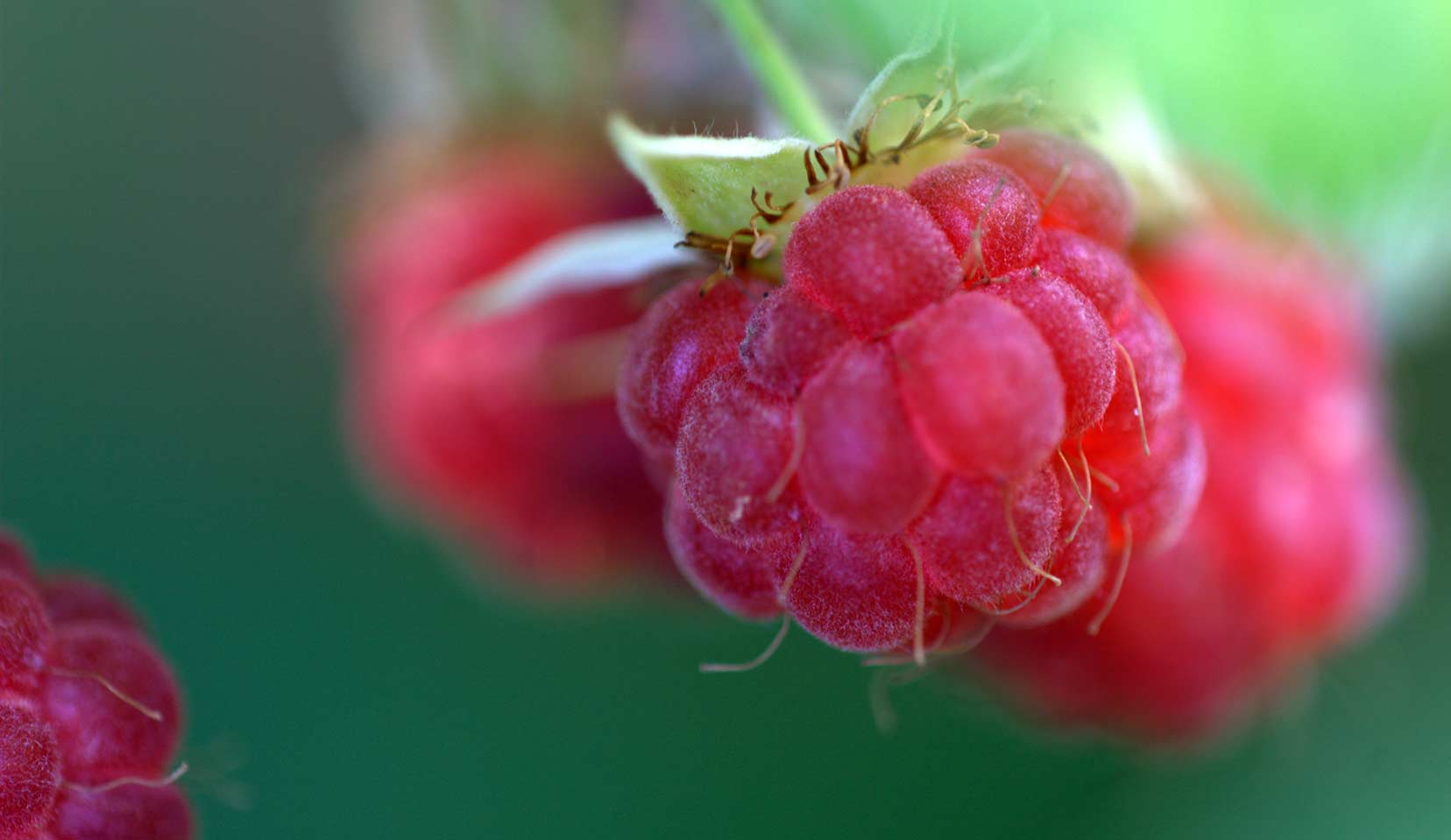