Lemon balm is a popular addition to herb gardens, although if left to grow unchecked its runners tend to invade surrounding areas. This branching herb can reach a height of 90 centimetres and bears a thick foliage of light green leaves growing from a square stem. In shape its leaves resemble those of mint. From July to August small, white, sweet smelling flowers blossom in the upper leaf axils. Close inspection reveals that they have the typical lip of the labiate family. The plant releases its lemony fragrance when its leaves are touched, but the scent loses its intensity as the herb starts to flower.

Lemon balm has a primarily calming action. A tea made with lemon balm and taken in the evening will help people suffering from nervous tension who find it difficult to get to sleep. Lemon balm can also soothe gastrointestinal symptoms of nervous origin, helped additionally by the plant's antispasmodic and carminative properties. This threefold effect is equally beneficial in disorders of the biliary system. In combination with other medicinal plants, lemon balm can support cardiovascular functions in cases of nervous strain. The antiviral action of lemon balm, for example against herpes viruses, is probably due to its labiate tannin content.

The scientific name Melissa comes from the Greek and means honey-bee. It refers to the fact that lemon balm is very attractive to bees. In earlier times, beekeepers liked to plant lemon balm around their hives and rubbed hives with lemon balm oil to cleanse them.

The healing properties of lemon balm were known in antiquity, although some of its uses, such as for the treatment of scorpion stings, were based on erroneous beliefs. But the 1st century Greek physician Dioscorides was right when he recommended lemon balm as an enema to treat intestinal disorders. The Persian physician Avicenna (980-1037) recognised the power of lemon balm to lighten the mood, while Hildegard of Bingen (1098-1179) said of its action on the heart:

“The remedy makes the heart joyful.”

The Carmelites of the French abbey St Juste added this medicinal plant to their Carmelite water, which they manufactured under the name eau de Carnes for Charles V of France (1228-1380), as a remedy for colds and gastrointestinal problems.

The English author, architect and landscape gardener John Evelyn (1620-1706) described the memory-enhancing effect of lemon balm. As a result of this putative property a version of Carmelite water called

Melissengeist became popular in the Rhine/Main region of Germany. It was based on secret recipes and thought to improve memory.

Lemon balm leaves are at their most aromatic when fresh. When dried they lose much of their lemony aroma within a few months. So it is worth reserving a not-too-sunny spot in the garden or on the balcony for a lemon balm plant. Its fresh leaves will not only make a healing tea, but are a refreshing addition to salads and desserts. The extremely volatile fragrance is so difficult to capture that lemon balm essential oil is very expensive. In fact, very often the essential oil sold as lemon balm oil is actually obtained from the Indian lemongrass Cymbopogon flexuosus and should really be called lemongrass oil.

The leaves of a plant connect its two poles, the roots and the flowers. If the leaves of a plant are emphasised in some special way, as with the intense fragrance of the lemon balm for instance, this means that there is a strong, harmonising relationship with the rhythms of the human being. For example with the rhythms encountered in the cardiovascular system that mediates between the different, polar functional processes in the human being, such as digestion and sensory activity. With its strong, intensely aromatic leaves, lemon balm excels at such mediation and harmonisation, for example in cases where excessive sensory activity causes tension and anxiety, or diverts so much energy away from the digestive system that its function is impaired. The gentle character of lemon balm, with its rounded leaves and pleasant fragrance, makes it a slow-acting medicinal plant with equally gentle calming and relaxing properties.

Because of its harmonising powers lemon balm is a central ingredient in the balancing Dr. Hauschka Melissa Day Cream, which helps restore a healthy balance to sensitive combination skin, and in the Lavender Sandalwood Calming Body Cream. 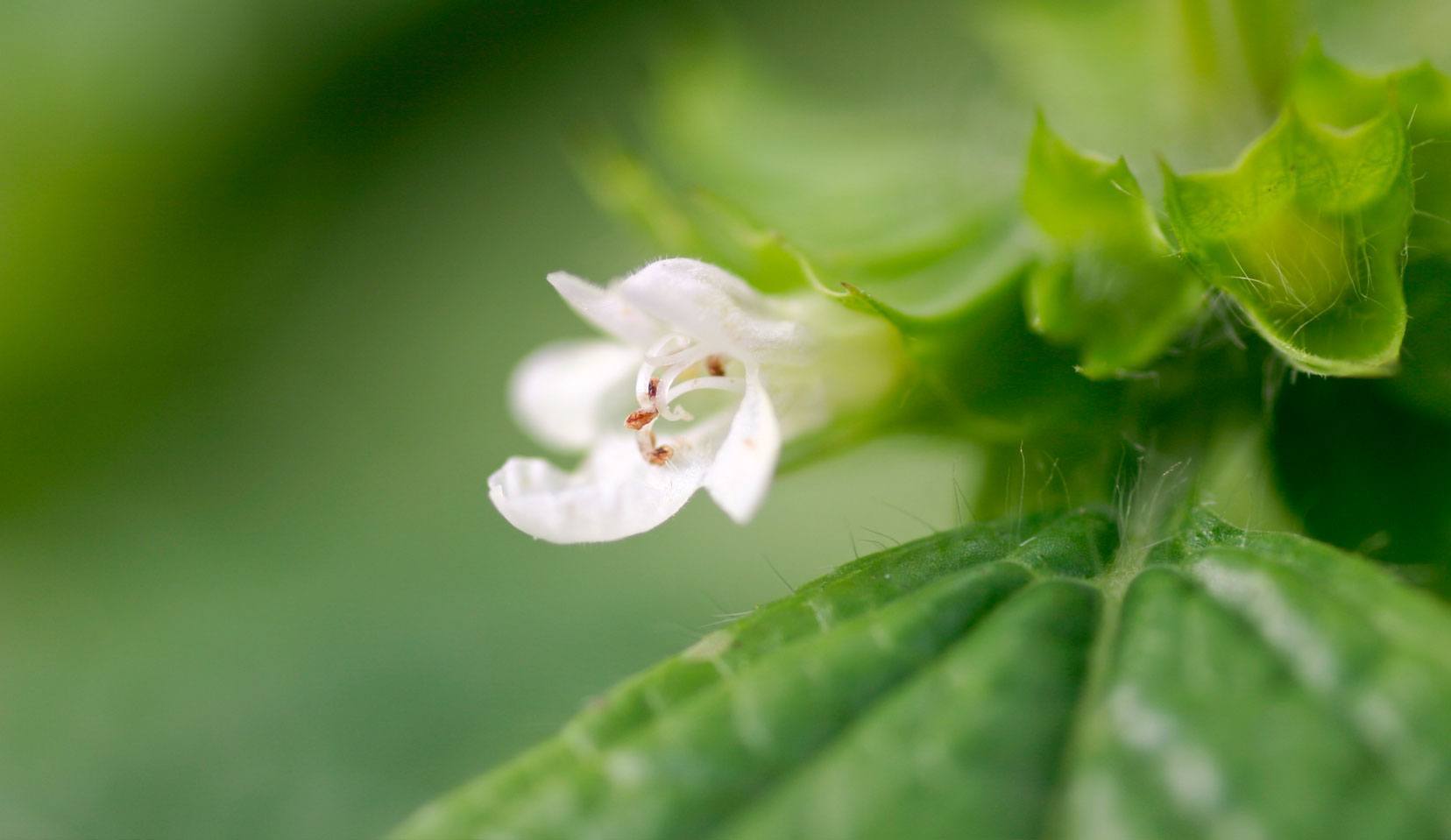