Most of us only know cassava as an extremely hard, large, spindle-shaped root which exudes a white, milky sap when cut. This root is encased in a brownish, slightly wrinkled skin and in its raw state is poisonous. It is often found in Asian and African food stores and can weigh as much as five kilograms. The plant is a perennial shrub which forms these hard tubers in the earth as storage organs. In tropical regions it can grow to a height of up to three metres. The large leaves are divided and look like many-fingered green hands. Male and female flowers grow on the same shrub. They form clusters of approximately 200 male and 20 female florets which blossom for about five days. The female flowers open before the male flowers. The white to green, unremarkable flowers develop round seed capsules which snap open as soon as they are ripe and scatter the seeds. The plants are propagated by planting stem cuttings in the soil.

Cassava root contains twice as much starch as potatoes. In its native habitats it is a major component of the daily diet. For example, the Brazilians make it into beijú, a cake, farofa, roasted cassava flour served as an accompaniment to meals, and tarubá, a drink. A favourite amongst Peruvians is yuca à la huancaína, a spicy meal with cassava and maize. Cassava can be brewed to make beer or thinly sliced and deep fried like potato chips. Bags of these chips are sold as snacks in South America.

Dried and ground the root provides tapioca starch. This starch is almost neutral in taste and is sold commercially in the form of pearly grains or as flat bread. The West African and Southeast Asian cuisines, in particular, use soaked tapioca pearls to bind sweet dishes. Brazilians make them into a type of pancake which they eat with butter, coconut milk and cheese. The animal feed industry uses tapioca as a source of carbohydrate which also stops feed pellets from disintegrating. In its native habitats, folk medicine uses fresh cassava root to heal sores and burns.

For the indigenous peoples of South America cassava was an important food and they cultivated numerous species. In north-eastern Peru, for example, more than a hundred non-toxic cassava species are grown, although these species are vulnerable to predators. The wild form is no longer found – an indication of cassava's long association with humankind.

Cassava is mentioned in many South American myths. In the tales of the Shuar people of the Ecuadorian Amazon region, Núnkui, the goddess of food, ensures that the fruits of the fields thrive and grow abundantly. To call on this goddess of the soil the women in the fields sing songs to her or go to the fields in the night to make contact with Núnkui, who is active at night. No one else is allowed to walk the fields at night, because this would make the goddess angry and then the cassava would suck out the people’s blood. The women, in turn, use this anger to protect their houses, which are traditionally surrounded by fields. Anyone wanting to break in would have to cross the fields at night.

The indigenous peoples of central Brazil construed the constellation of Orion as a huge frame for drying cassava.

In its raw state the cassava root is extremely toxic because of its linamarin content, and is inedible for

predators. The plant collects this cyanide-like glucoside in membrane-encased, fluid-filled storage cavities in the cells known as vacuoles. If the roots and thus the cells are damaged, linamarin is released from the vacuoles. Enzymes in the cell cavity convert it in two steps to toxic cyanide, which causes motor disturbance and impaired vision if ingested. Heating volatises the cyanide completely and makes the root edible.

To obtain flour from cassava roots the indigenous peoples of Brazil traditionally peel the tuber, grate and pound it and then soak it to wash out the toxic linamarin. After a few days they fill the mass into a conical vessel made of palm leaves called a tipití, which is open at the bottom. The water flows away through the opening, leaving behind the dehydrated and detoxified root mass which is then dried in the sun or in an oven. The cassava flour obtained in this way is very well tolerated especially by people allergic to wheat or other cereals.

Because it contains very little protein, cassava can lead to malnutrition if not complemented with protein-rich foods. Brazilians eat the cassava leaves, which are rich in protein, as an accompaniment to the tuber in order to prevent deficiencies. Astonishingly it was discovered that people living in malarial regions wash their cassava less carefully, leaving poisonous linamarin in the flour and allowing cyanide to accumulate in the bloodstream of those

consuming it. Cyanides inhibit the transport of oxygen in the blood, as well as numerous enzymes of the respiratory chain. Together with the protein deficiency caused by a diet overly reliant on cassava, this inhibits the development of malaria parasites.

Cassava flour played an important role in the spread of the Portuguese throughout Brazil. Their long expeditions into the interior of the country were only possible with the help of the durable flour.

From South America, Cassava travelled via Portugal to Africa, where today the starchy tuber is the staple food of 500 million Africans. In the 1970s the cassava mealy bug, an introduced pest originating in South America, threatened the cassava stocks in Africa. With the aid of wasps as natural predators a scientific team led by the Swiss scientist Rudolf Herren was able to control the mealy bug and prevent famine. 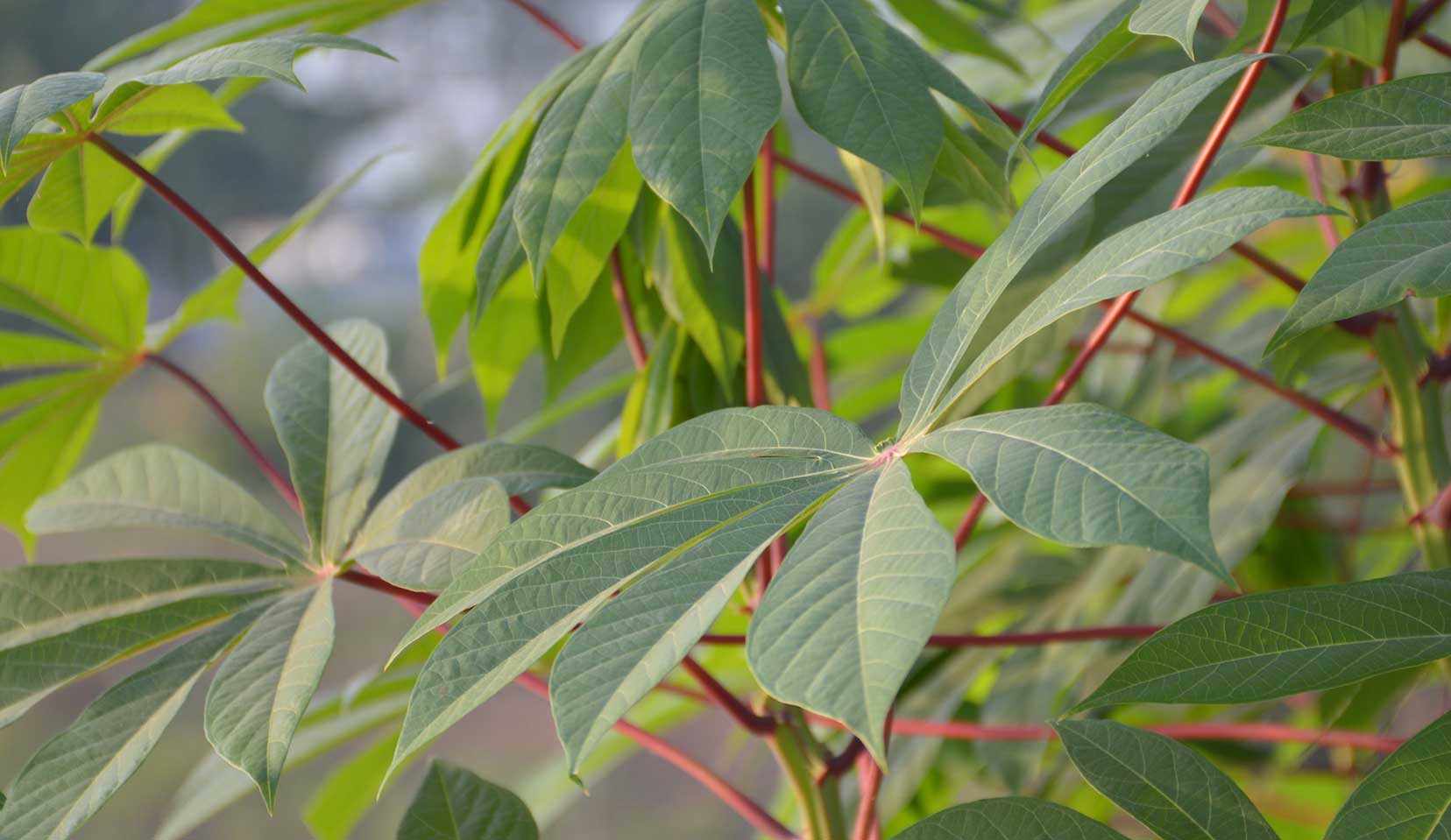