Kidney Vetch is a native of Southern Europe but is now found throughout the whole of Europe, Western Asia, North Africa and America.

From the distance you think you are looking at a sea of yellowish-orange flowerheads hovering over richly green pinnate leaf rosettes. A closer look reveals that the flowers are actually yellow and turn orange-brown as they fade. Kidney Vetch can reach a height of 15 to 35 cm (6 to 14 inches). The stems are frequently prostrate but also often raise themselves upwards presenting to the onlooker the dense clusters of yellow papillonaceous flowers which can be seen from April to June. A striking feature of the plant is that all parts are softly hairy. The chalk-loving plant is found on untilled fields and clover fields, by the wayside and on sunny slopes but never where the soil is overfertilized. A special feature of Kidney Vetch is the marked variability of its appearance depending on the site, an expression of its pronounced adaptability.

As the specific name vulneraria (Vulnus = wound) indicates, Kidney Vetch is used in traditional medicine for the treatment of wounds. It is also sometimes used in cough-relieving teas, in the treatment of frostbite and sore throat and for blood cleansing. It generally promotes the elimination processes of the body.

Kidney Vetch probably only gained significance in Germany in the course of the 16th century and was valued in traditional medicine for the treatment of wounds.

The caterpillar of the smallest butterfly in Germany, the Small Blue (Cupido minimus), feeds on Kidney Vetch. Kidney Vetch and Bladder Senna are the only plants they eat. Wild bees also value Kidney Vetch as a source of nectar.

The vigorous upward and spreading growth of Kidney Vetch is the expression of its strong vegetative power. It is this power that strengthens the injured human organism. However, Kidney Vetch does not grow rampant but with refined culture. The power that fortifies the wound healing process is therefore not uncontrolled, but balanced and finely regulating. The plant's polymorphism is also an expression of its regulating power. In the same way as it adapts itself to different external circumstances, Kidney Vetch also helps different skin types to develop in the direction of a balanced, healthy skin. The balanced growth of the plant, which is at the same time an expression of the balance between building-up and breaking-down processes, is transferred to the skin, thus strengthening its resistance to destructive environmental influences and slowing down the aging process. The balancing of the building-up and breaking-down processes in the stratum corneum also refines the skin and makes it noticeably softer.

On account of its positive influence on the skin, Kidney Vetch is one of the key plants in Dr.Hauschka Skin Care and is contained in many of the face care products and decorative cosmetics. In summary, it provides a balanced combination of two important components of skin function: 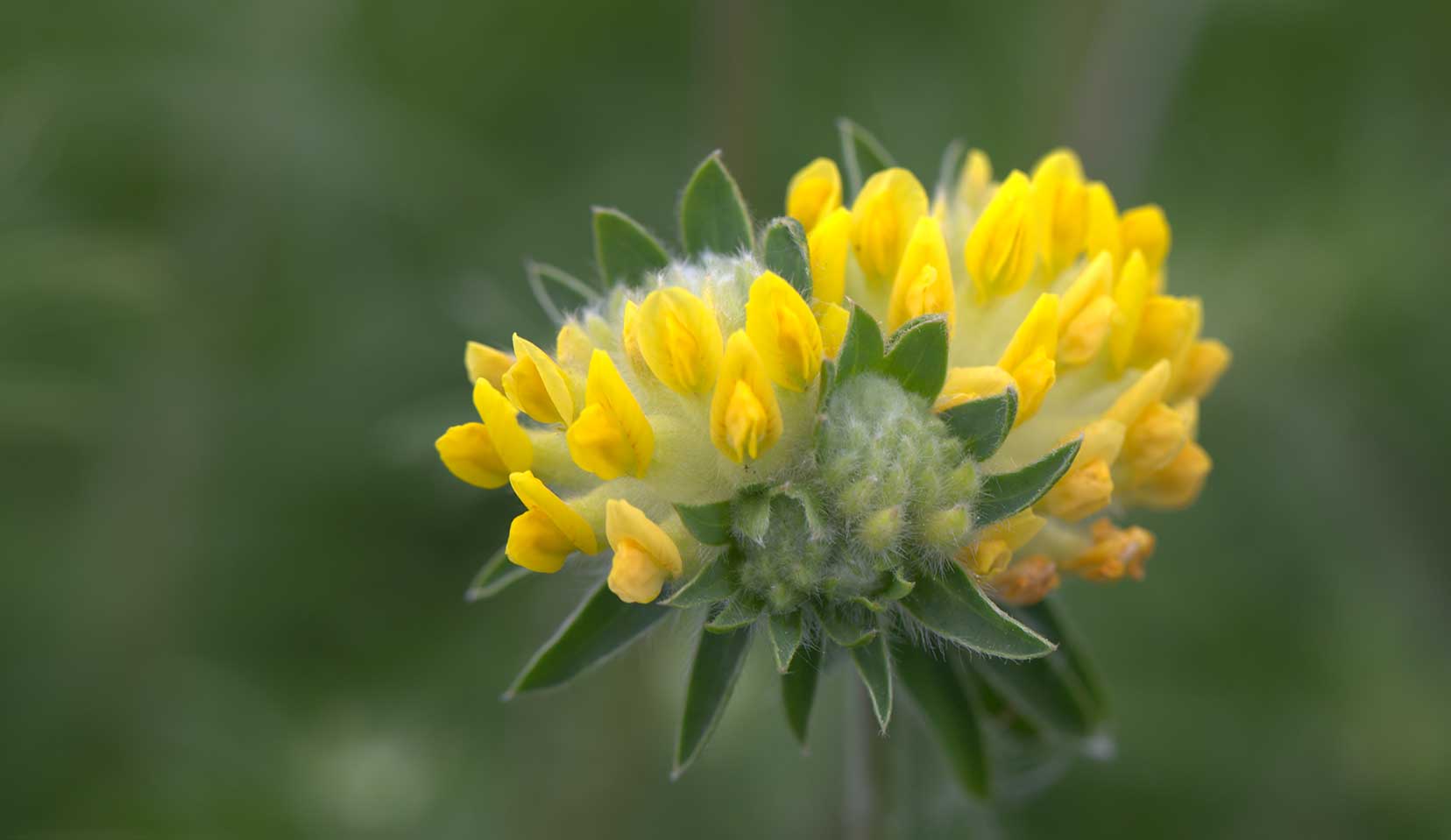