Goldenrod certainly lives up to its name – the bright golden yellow of this perennial is visible from afar. It grows in dry soils, with stems reaching a height of up to one metre. Its yellow inflorescences are 10 to 15 millimetres across and bloom from August to October. They grow all along the upper half of the stem, from a distance resembling a bushy tail. Indeed, in Germany one of the common names of goldenrod is foxtail. One particular feature makes it easy to identify goldenrod. As with all composite flowers, each inflorescence, although it looks like one flower, is in fact made up of several individual florets. The tubular disc-florets that make up the middle of these composite flowers are surrounded by long flat ligulate ray-florets which reach outwards. In the composites, this ring of ray florets is normally closed, with no gaps, as in the familiar sunflower or daisy. But in goldenrod every other ray floret petal is missing, and the ring therefore has gaps. However, this is not immediately obvious, because a ray floret petal of the neighbouring flower fills each gap. Thus the interlocking goldenrod flowers together form a thick mass of blooms. The European goldenrod is similar to the Canadian goldenrod (Solidago Canadensis) which was introduced to Europe in the 19th century and likes to colonise the margins of woodlands, the banks of lakes and railway embankments. But the Canadian species is bigger

than our own native version and has smaller flowers which are arranged in tapering panicles.

Goldenrod has diuretic, anti-inflammatory and antifungal properties and relaxes smooth muscle. It is used to treat inflammatory bladder disorders and kidney or bladder stones. Improved elimination of urine plays an important role in stimulating the metabolism and in skin disorders. Goldenrod thus supports the treatment of rheumatism and gout.

The scientific name Solidago probably comes either from the Latin solidus = solid or from solidare = to unite, make whole, and refers to the healing qualities of the plant. The epithet virgaurea is composed of the Latin virga = rod and aurea = golden, and corresponds to the English name goldenrod. Goldenrod was unknown in ancient times. The first written mention of goldenrod is found in the works of the Spanish physician Arnald of Villanova (1240-1311), who used the plant to treat bladder disorders.

The German botanist, physician and Lutheran minister Hieronymus Bock (1498-1554) assumed that the Germanic tribes had already been using goldenrod, in particular to heal wounds, and that they gathered the plant to have ready if it appeared likely that they would face war or conflict. Martin Luther (1438-1546) is thought to have valued goldenrod highly and treated his numerous ailments with it.

In the Middle Ages goldenrod was known by the name Heydnisch Wundkraut (heathen woundwort) in Germany. During the process of Christianisation an attempt was made to rename it St Peter’s staff wort. However, the attempt failed and people clung tenaciously to the old term.

Goldenrod contains saponins. These compounds form a soapy foam when shaken in water. On could say they combine air with water. It is this property of saponins, among other things, that gives goldenrod its healing quality. In the human body air and water mix in the lungs, blood, glands, skin and kidneys. Goldenrod has a harmonising action in all these areas. 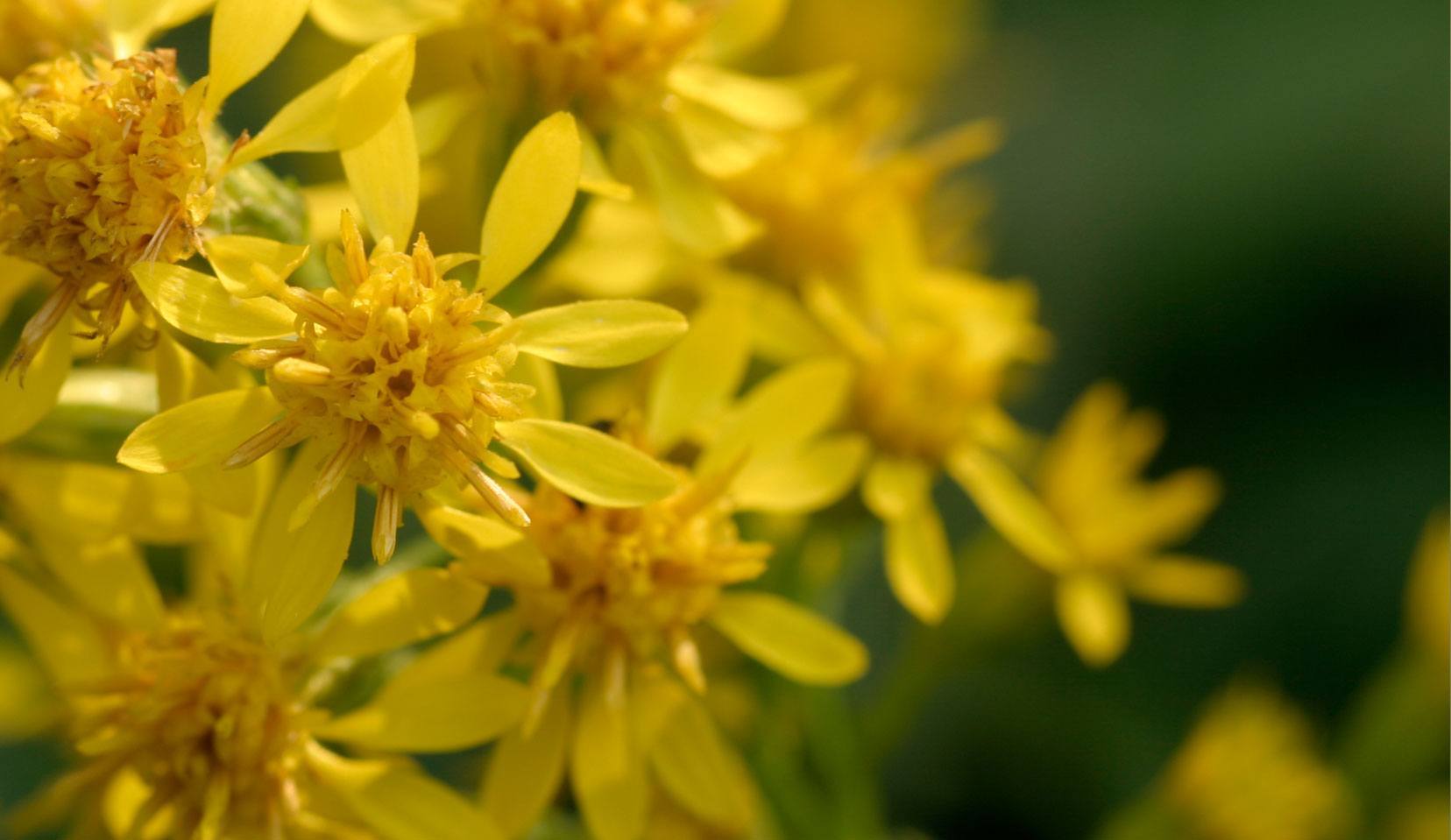