All sorts of things come to mind when we think of almonds: snow and candlelight, marzipan and macaroons, for example. Or maybe snacks of nuts and raisins or breakfast mueslis. But whatever the context, what we picture in our mind's eye is the edible almond kernel. But what about the plant that goes with it? The first surprise: the up to 8-metre high, bare, frost-sensitive almond tree with its grey bark belongs to the rose family and is thus closely related to the cherry, peach, apricot and, of course, the rose. We can see this relationship when we look at the pink flowers with yellow stamens which appear as early as January in Mediterranean countries. The second new perspective: the almond kernel we eat is actually the almond seed which is inside the hard shell or pit. The robust pit is enclosed in the dry, green, bitter and inedible fruit. The almond kernel corresponds to the kernel inside a peach pit or stone. Incidentally, peach kernels are used to make an imitation marzipan called persipan.

Containing 18% protein, 16% carbohydrates and 54% fat, plus many minerals and vitamins, particularly of the B group, almonds are a meal in themselves and taste equally good eaten as they are or in the form of almond spread. In the old days they used to be given to children for coughs. The almond oil expressed from the seeds is a mild skin care oil with good moisturising properties. Almond meal, the residue left after expressing the oil, is a gentle skin cleanser.

All names for the almond in European languages are derived from the Greek amygdale or amygdalos. The origin of this word is no longer known. The prefix al- in the Iberian names (e.g. Spanish almendra) is the imported Arabic article al or el which found its way into many scientific terms during the Moorish occupation of the Iberian peninsula. The generic name Prunus is derived from the Greek proumon = plum, the almond's relative. The specific epithet dulcis = sweet refers to the taste of the kernels.

Almonds already grew in the stone age and their cultivation is thought to go back to the Bronze age. The almond is probably the oldest cultivated fruit of the Old World with a success story that continues right up to the present day. In the 17th to 16th century before the birth of Christ the almond tree made its way from its native Asia via Persia to Asia Minor, Syria and Egypt. In the 5th century it then travelled further to Greece and to the Roman Empire. Charlemagne contributed significantly to the spread of the almond tree and today we can no longer imagine Mediterranean countries without it. It is seen there as a symbol of vigilance and rebirth because it blossoms in January already.

Ancient Greece in particular is the source of many legends in which the almond tree plays a role. According to one of these legends the almond is said to have developed from a drop of blood of the Greek

goddess Kybele, the mother of the gods, who was originally the goddess of the mountains and of fertility in Asia Minor. In other accounts the almond tree is said to have developed from the male half of a hermaphroditic being created by Zeus.

There is an almond tree fairy tale from Morocco. In this fairy tale the beautiful princess Hatim had such a kind heart that she took money from her father's coffers and gave it to the poorest of her country. The king had no understanding for his daughter's behaviour, accused her of theft and had her executed. Allah understood Hatim's action and transformed the dead princess into an almond tree which gave the country's people almonds year after year.

The Bible contains several references to the almond, often because of its early blossoming as a sign of awakening. The six-branched candlestick of the biblical Tabernacle, the meeting place of God with Moses and his people, is modelled on an almond tree. Later, in Christianity, the almond was seen as a symbol of the immaculate conception. "Christ was conceived in Maria as the almond kernel is formed in the still untouched almond" (Konrad von Würzburg, 13th century). The almond is probably best known in the form of marzipan, which came originally from the orient and was traditionally made of almonds, sugar and rose water. Baghlaba is the Persian variety

additionally flavoured with cardamom and traditionally eaten there during the four-week festivities in celebration of the New Year. In 16th century Germany the production of marzipan was the province of the pharmacists whose "confectiones" were only prepared with sugar to make the bitter medicine more pleasant-tasting. Marzipan was also known as "heart sugar". Gradually the pleasant taste came to take precedence over the medicinal action and the almond confection moved from being a medicine to a sweetmeat. In medieval cooking almonds were not only contained in sweet dishes: meat and fish dishes were also prepared with almonds.

The almond tree gives off a resin which can be collected in the form of tears. In Ancient Greece these resin tears were burnt as incense to ward off disease and evil spirits. The fine fragrance disinfects, purifies and clarifies. 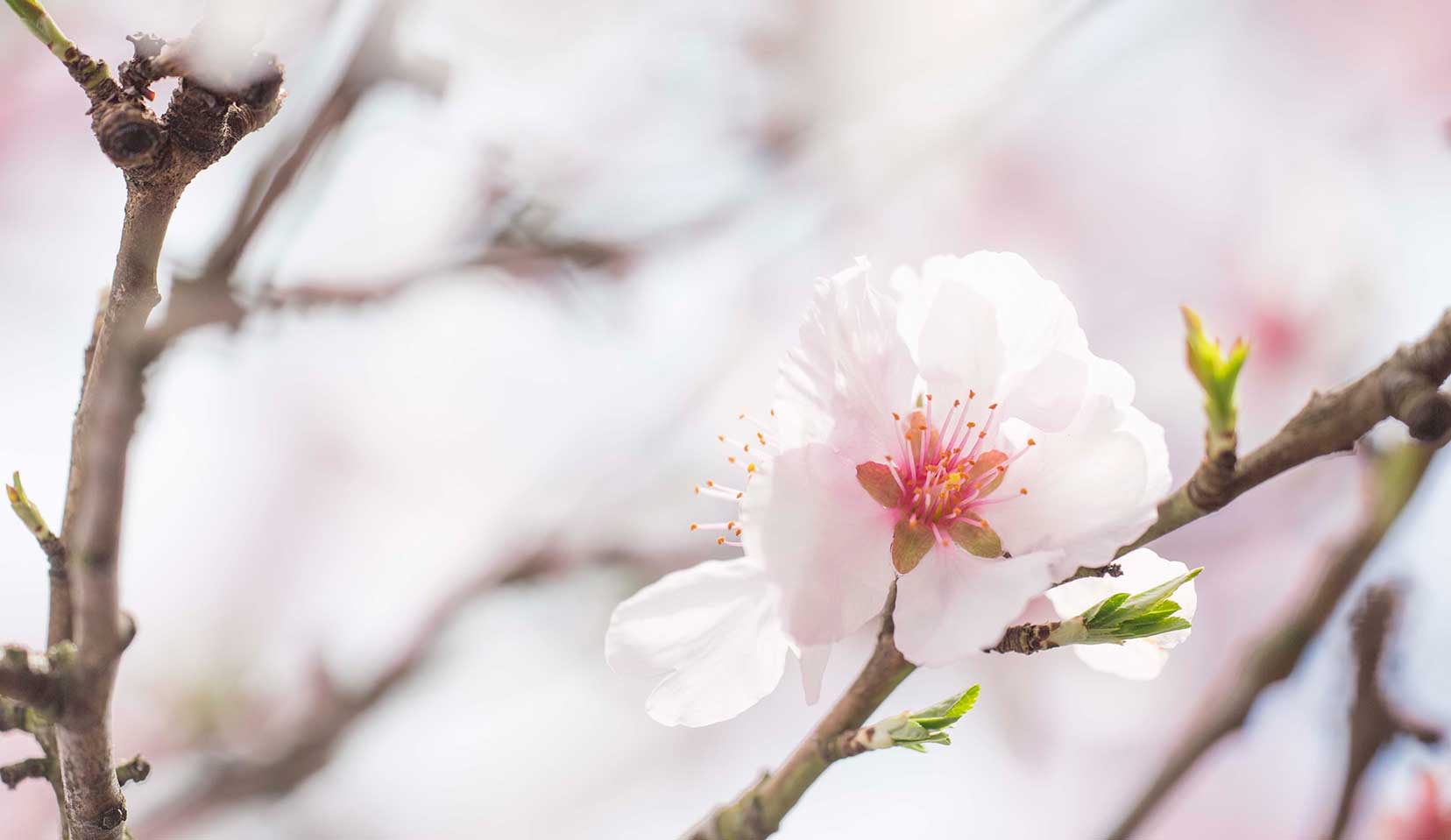