Probably native to the mountain regions of southwestern China.

The tea leaves that we use for our morning tea, in the form of either tea bags or loose tea, are the young shoots and leaves of the tea plant – in its natural state a small evergreen tree which can reach a height of 15 metres. In the tea plantations the plants are pruned down to shrubs of less than 2 metres to allow the pickers to harvest the leaves more easily. The dark green, shiny oblong leaves are so densely packed that, from a distance, tea plantations look as though they are a sea of dense green cushions. The very fragrant white flowers, which can measure up to three centimetres across, contain a large number of yellow stamens. The resemblance to its relative the cultivated Camellia japonica, often referred to simply as camellia, cannot be overlooked. The tea plant likes a mild, rainy climate and thrives best in tropical and subtropical regions.

Black tea is not only a stimulating beverage which is popular around the world (the most widely drunk beverage after water). The caffeine it contains enhances concentration and reactivity, stimulates the production of gastric acid and increases the strength of the heartbeat. The tannin-rich beverage is effective in the treatment of diarrhoea, helps combat the microorganisms causing diarrhoea and has diuretic action. It suppresses bacterial growth in the oral cavity and reduces the production of acids harmful to the teeth. Containing more fluoride than any other plant food, tea thus helps prevent caries in several ways. Used externally, black tea relieves itching and supports the healing of eczematous rashes, e.g. in atopic dermatitis.

The name "tea" comes from the Min dialect of the south Chinese town of Xiamen where the Chinese character for tea – x – is pronounced "teh". The Mandarin pronunciation used in northern China is "cha", from which the Russian, Arabic, Turkish etc. name "chai" is derived. The plant was given its scientific name "Camellia" by Carl von Linné in honour of Georg Josef Kamel (1661 to 1706), an Austrian pharmacist at the Moravian Jesuit mission on Manila who was the first person to systematically describe the flora of the Philippines. The epithet "sinensis" refers to the tea plant's Chinese origins. First mentions of black tea are found in China in around 2700 BC. According to Chinese mythology the Chinese owe the discovery of tea to the legendary Emperor Shennong. It is said that when he was boiling water over a fire made with wood from the tea tree some sprigs of tea fell into the hot water. Shennong is said to be the author of the Shennong Bencao Jing, the oldest book about medicinal herbs and arable farming.

The Japanese Zen Master Eisai (1141-1215) got to know tea drinking in China and this developed into the Japanese tea ceremony.

Tea came to Europe via Venice around 1550, at that time still in small quantities which could only be bought – for almost unaffordable prices – at

pharmacies. Tea was first imported in large quantities by Dutch traders around 1610.

In Indonesia tea growing began in the 18th century, in India and Sri Lanka (Ceylon) not until the 19th century, encouraged by the English who wanted to end their dependence on Chinese tea imports. Today India is the second largest tea growing region.

Black tea is produced by fermentation, an enzymatic process. The enzymes are contained in the fresh leaves. As soon as the leaves are crushed, breaking open the cell structures, the enzymes oxidise certain constituents, e.g. the tannins. This causes the colour and taste of the tea leaves to change. After a specified time the tea producers heat the leaves to inactivate the enzymes and stop the fermentation. The taste and colour of the tea vary depending on the duration of the fermentation. Oolong tea, for example, is only fermented very briefly, green tea not at all.

The fact that shorter brewing times produce a more stimulating tea than longer brewing times has to do with the different solubility characteristics of the constituents. Caffeine dissolves more readily in water than tannins. Tea that has been left to steep for a long time therefore contains more tannins. And these delay the uptake of caffeine.

The pharmaceutical industry uses tailings from tea production for isolation of caffeine.

Used externally, the tannin-rich black tea has astringent action, increases the tone of lax skin and protects sensitive skin. Compresses soaked in black tea have a soothing effect on puffy eyelids and redness around the eyes. 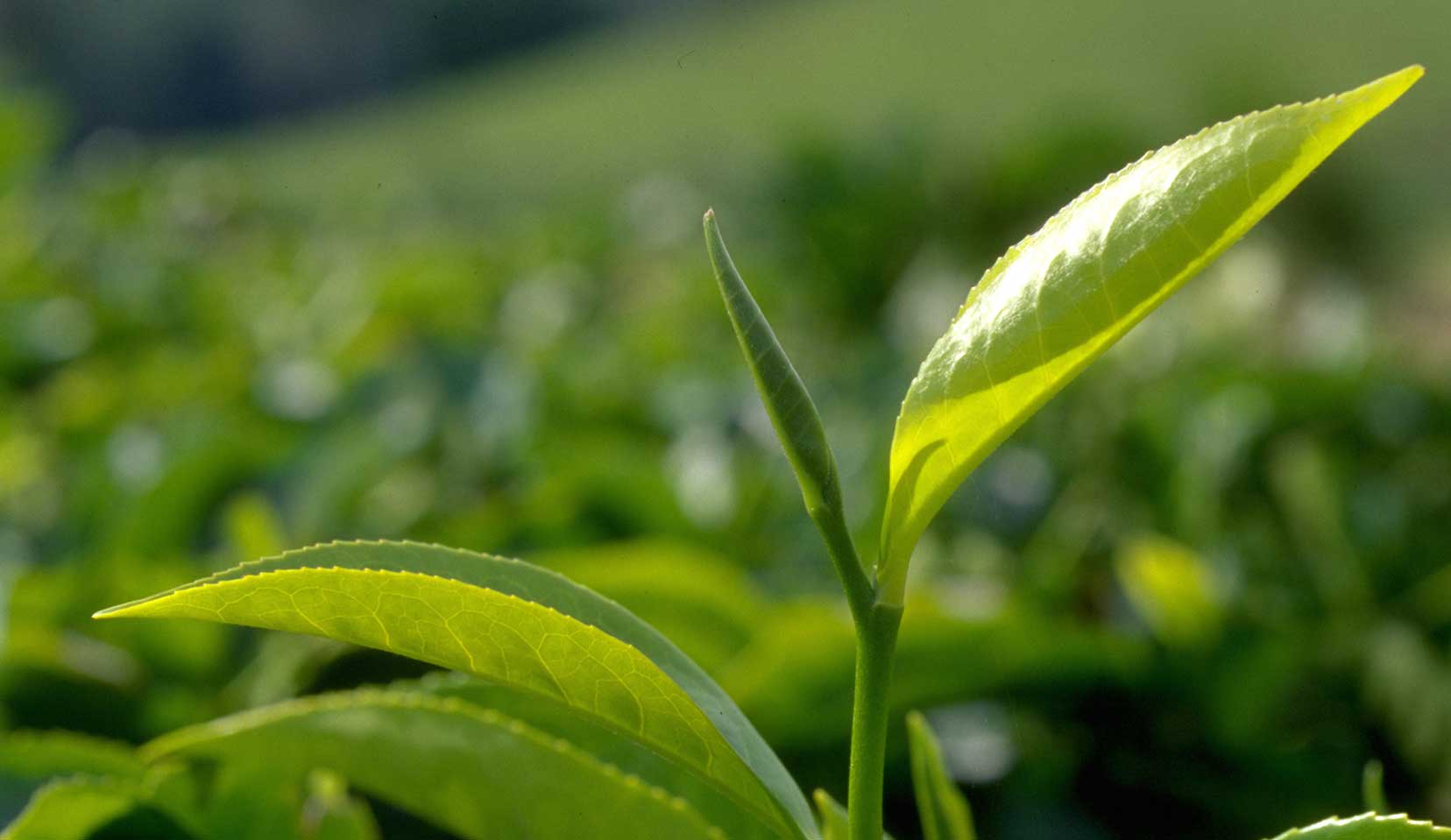