Nuts: 50 to 60 % liquid wax (wax that is liquid at room temperature), provitamin A and vitamin E.

Jojoba is a real marvel in dealing with extremes. The evergreen shrub which can reach a height of up to 3 metres grows in desert regions with night time temperatures between 0 and 5°C and daytime temperatures of up to 45°C. It can only survive these conditions with the help of its tap roots which grow to a depth of up to 4 metres and draw water from the deepest layers of the earth and through its leaves which are specially adapted to cope with the dryness. The woody shrub has long narrow leaves with a leathery surface and hairy covering which help prevent water loss. The plant is dioecious. That means there are male plants that produce pollen and female plants that produce inconspicuous flowers which develop into the brown, acorn-shaped jojoba nuts after wind-pollination. In spite of their extreme habitat jojoba bushes can become as old as 200 years.

Jojoba oil is an excellent skin care oil which protects the skin from drying out by covering it with a breathable, non-sticky, non-greasy film which also provides natural factor 4 sun protection. It smoothes and moisturises the skin making it soft and supple. Having a structure similar to that of the fat in the skin it can penetrate into the deeper layers. Jojoba oil is said to curb the excessive sebum production in acne vulgaris. It also has anti-inflammatory action and soothes sunburn and itching. But jojoba oil can do even more: it is used as a substitute for spermaceti, an oil obtained from the heads of sperm whales which used to be used as lubricant for precision instruments and as raw material in the chemical, pharmaceutical and cosmetic industries but is now prohibited under wildlife conservation statutes. Transformed into hard wax, jojoba oil is used as a base for creams and for soft, white waxes used to make polishes, e.g. for furniture, floors and cars.

A new and promising application which Arabic scientists are currently working on is use of jojoba oil as a substitute for diesel fuel. Because of its lower carbon content the non-toxic and sulphur-free jojoba oil releases less carbon monoxide and carbon dioxide on combustion than conventional diesel fuel. And it does not produce any dangerous sulphur compounds or soot. There are many more advantages that could

be mentioned, conjuring up visions of all the desert regions of the earth being planted with jojoba bushes. Apparently a start has already been made in Egypt.

The name jojoba was derived by the Spaniards from the word jojowi in the language of the Papago Indians. The scientific name Simmondsia was chosen in honour of the natural scientist F.W. Simmonds. The designation chinensis is the relict of a mistake: originally it was thought that the jojoba bush came from China. Its scientific name used to be Buxus chinensis. This name is still found today in the lists of ingredients on skin care products, the so-called INCIs.

The jojoba oil obtained from the nuts was used in many ways by different Indian tribes. The Apache Indians used the oil to treat pain while Papago Indians used it to cure stomach disorders. Jojoba oil played an important role in skin and hair care. Jojoba nuts were used raw or roasted as ingredients for various dishes or ground to make beverages. Jojoba did not reach Europe until the 18th century.

Through its special wax-like structure jojoba oil cannot oxidise and therefore has considerably less tendency to become rancid than other oils. It can withstand temperatures of up to 300°C.

The jojoba bush provides important protection against soil erosion in the extremely dry regions where it grows. 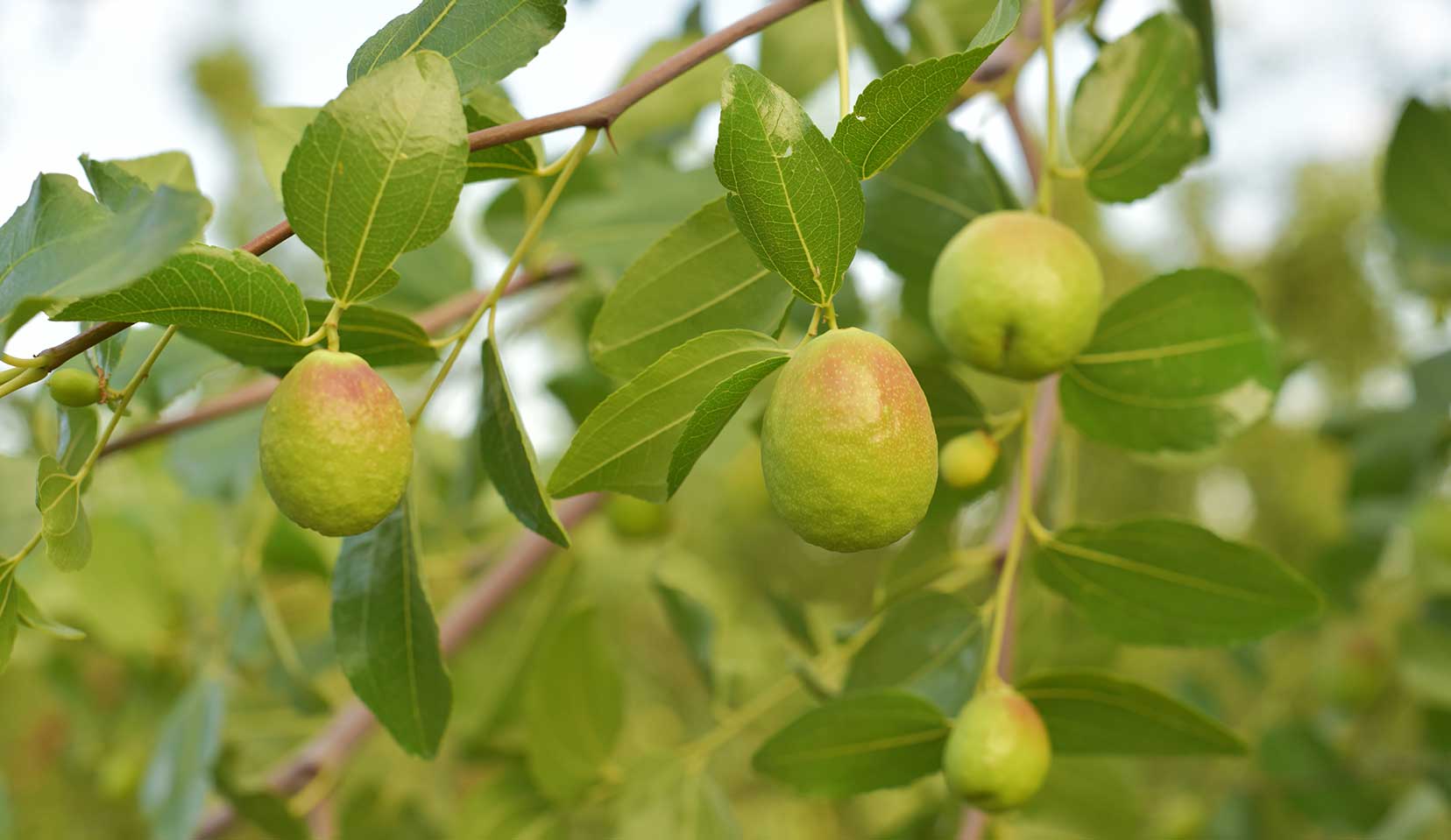