Central and northern Europe, in southern Europe only in the mountains

The birch, an aristocrat among trees: its slender form wrapped in a silver-white bark, it is tall and graceful and its branches hang elegantly in gently drooping arches. The wind plays softly among the branches and moves the flexible twigs like waving hair. Epitomising the spring, with the soft green of its small diamond-shaped leaves, it is reminiscent of the traditional maypole. How different, on the other hand, is the birch in autumn dressed in golden leaves, so lovely and radiant. Less delighted, however, are people suffering from allergies when in April/May catkins appear on the birch and the wind spreads the yellow pollen of the male flowers far and wide. We can see the streets and squares where birches are to be found covered in pollen like yellow icing sugar at this time of year. Unlike its smaller sister, Betula pubescens, the silver birch also grows in dry places. It is one of the first trees to colonise empty spaces, a true pioneer. After the Ice Age too, it was one of the first to colonise the land after the glaciers receded.

The main effect of the birch is that by stimulating the kidney’s function it increases the quantity of urine produced, thereby washing out the bladder and the kidneys. It is because of this property that it is used in urinary tract infections and to prevent urinary gravel and kidney stones. In tea blends against metabolic disorders it is used to counteract rheumatism and gout. On account of its metabolism-stimulating effect it is used in spring and autumn cures which also have a purifying and therefore cleansing effect on the skin. Birch tar, which is obtained from the so-called dry distillation of the branches and trunk bark, is mainly used in veterinary medicine against mange and other skin disorders. Birch sap, which is obtained in March and April by boring through the trunk, is thought to stop hair loss, counteract dandruff and degrease the hair.

Variations of the word "birch" can be found both in Sanskrit and among Slavic and Germanic peoples and always refers to the bright sheen of the glowing white bark. In line with the meaning, the various names such as the Old High German "birhha" or Old Indian "bharg" mean "to be bright, radiant, shining". The word "Borke" also comes from "birch", which emphasises this meaning. The scientific name "Betula" possibly comes from the Gallic and was also used by the Romans. The word "pendula" comes from the Latin word "pendere" = to hang down.

In the cycle of life, the birch embodies growth and coming into being. As the herald of spring, it was the symbol of reawakening life, purity and youth. Due to its beauty, in earlier times the spirit of this tree appeared to man as a maiden clothed in light, full of magic and healing powers. For the people of northern climes, the feast day of the birch was always a celebration of the rebirth and marriage of heaven and earth. This tradition is still followed today in the maypole erected on May Day.

There seems to be endless ways of using the birch: Stone Age man was already making clothes out of the bast from the bark, shoes and containers out of the bark and birch tar was used to secure arrow heads and harpoons. In Lapland, cloaks and leggings were made out of the young bark which is as soft and smooth as

leather. The thin twigs were bound together to make besoms.

Birch bark was used for tanning and as paper. On account of its being impermeable to water, people in northern areas used to cover their roofs with it. Because it has many air pockets, the North American Indians used to build light canoes from it. Also on account of the insulating property of the air in the bark, the birch is one of the hardiest trees known.

Birch tar means that birch wood can be burnt even in a fresh and still damp state and is the basis for the perfume "Imperial Leather". Birch sap was known as a beauty potion even in the days of the early Teutonic peoples. The buds and young leaves are also suitable as an additive in spring quark. The thirsty birch is frequently planted today on damp ground for drainage purposes.

The birch has two particular characteristics; its light, spring-like nature and its great thirst. The nature of the light in it is so strong that water taken up by it is not held there but continues to flow in it and evaporates again rapidly. It is noticeable that in Autumn the leaves turn yellow all the more quickly, the drier the birch. Able to remain fluid, this tree appears virtually to remain young. This image of the birch is reflected in its effect as a medicinal plant: it brings something flowing into the human body and helps in diseases in which a lack of flow had led to painful deposits. 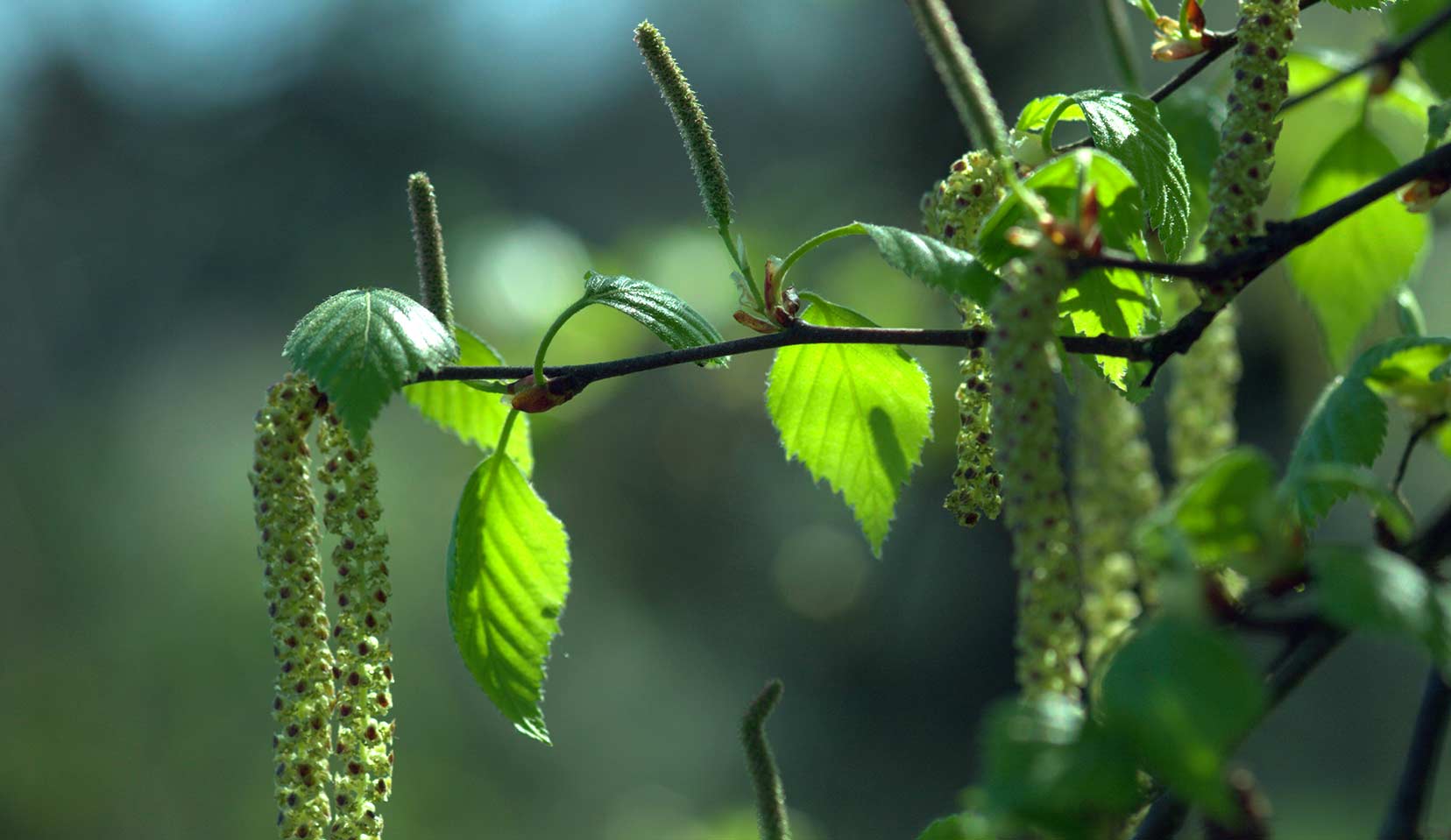