Shrub, annual herb or perennial tree, with red or green leaves: the castor oil plant comes in many guises and takes many shapes, depending on its location. Around 20 varieties are known, and they all differ in form, colour and size of the shrub, as well as the spines of their seed capsules. But despite the diversity of its appearance, the castor oil plant is easily recognisable by its large, striking, seven- to eleven-lobed, star-shaped, dark-green, shiny leaves and its elongated inflorescences. From August to October, or even until March, depending on when it was sown, the inconspicuous greenish-yellow flowers open in clusters along the stem, strictly segregated according to sex. Only female flowers occupy the tip of the inflorescence. They are distinctive for the red pistils in the centre of the flower. Lower down we find exclusively male flowers, recognisable by their yellow stamens. The spiny or sometimes spineless fruits each contain three seeds with black-brown markings, which resemble beans but are in fact deadly poisonous! However, the oil obtained from them is not only safe for human consumption, but extremely useful for medical and cosmetic purposes.

Even though the seeds are deadly poisonous, the castor oil they provide is free of proteins and therefore harmless. It is still an important laxative and used to treat constipation or in worm treatments. It unfolds its activity during the process of digestion in the bowel. The ricinoleic acid released stimulates peristalsis and causes an increase in the uptake of water and electrolytes in the intestinal lumen, probably via stimulation of prostaglandin synthesis. This leads to a greater volume of stools.

When used in skin care products, castor oil enhances the moisture content of the skin and makes it smoother. It lends decorative cosmetics a soft, supple texture.

Castor oil seeds resemble ticks (Lat. ricinus) that have gorged themselves on blood. This is thought to be the derivation of the scientific name Ricinus. The Latin word ‘communis’ means ‘common, ordinary’. The name palma Christi is sometimes mistaken as a reference to the palm tree, but actually means the hand of Christ.

The association with Christ probably comes from the mention of the plant in the Old Testament Book of Jonah (chapter 4, verses 6 to 10). A plant variously translated as a vine or gourd, but in Hebrew called ‘kikayon’ or caster oil plant, plays a central role in this story. God had given Jonah the task of delivering a warning to the sinful people of the city of Nineveh (in today’s Iraq). But Jonah ran away and boarded a ship going to Tarshish (probably today's Spain). God sent a great storm to put a stop to Jonah’s flight, and the ship was in danger of breaking up. The sailors drew lots to discover who was causing the storm, and when the lots showed Jonah to be the problem, they threw him overboard. A large fish swallowed the drowning man but three days later spit him out again on land, where God was waiting for him with a renewed mission to preach in Nineveh. This time Jonah obeyed the word of God and went to Nineveh. After he had given a sermon prophesying the imminent destruction of the city, all the people fasted and covered themselves in sackcloth and

ashes. Then God took pity on the city and forgave the people their sins. Jonah was so angry that God had given in so quickly that he wanted to die. He built a booth for shelter outside the city and waited in a state of resentment to see what would happen. And in one day God made a shady castor oil plant grow up, which made Jonah very happy. So he was even angrier when, next morning, God made a worm which chewed the plant and caused it to wither. But this was exactly what God wanted Jonah to understand:

‘You are concerned about a vine that you did not plant or take care of, a vine that grew up in one night and died the next. In that city of Nineveh there are more than a hundred and twenty thousand people who cannot tell right from wrong, and many cattle are also there. Don’t you think I should be concerned about that big city?’
(Jonah chapter 4, verses 10 and 11, from the Contemporary English Version)

The Greek historian, geographer and ethnologist Herodotus (490/480 BCE to c. 425 BCE) called the plant ‘kiki’ and describes it as being from Egypt,

where it was already recorded around 1552 BCE, in the oldest preserved medical text, the Ebers Papyrus. Its seeds have been found in Egyptian tombs. The Egyptians used the oil as a purgative and hair-restorer, and for the treatment of ulcers. The list of ailments alleviated by the castor oil plant according to the Greek physician Dioscorides (1st century CE) was a lot longer. It included scurf, scabies, scars, earache, uterine conditions, constipation and worms. Knowledge of the castor oil plant came to Central Europe only in the 16th century, where it is mentioned in herbals as a purgative and vermifuge.

Castor oil is used for more than just medical and cosmetic purposes. After deactivation of the poisonous ricin by heating, the residues from pressing castor oil provide good organic fertiliser and nourishing fodder for animals. For a long time the oil was a sought-after fuel, especially in Europe.

The castor oil contained in Dr. Hauschka Skin Care products comes from India. Here WALA is collaborating via a non-governmental organisation with farmers who, encouraged by WALA, have applied for and received organic certification for their castor oil plant production. WALA has also spoken with an Indian oil press owner who has been processing castor oil seeds for around 20 years. At WALA’s request he has established a second processing line which he has had certified. He purchases the seed from the organic farmers at a price which is above the market price, and from it obtains the first cold-pressed castor oil of organic quality. This high-grade oil is a base ingredient in Dr. Hauschka Eye Balm, Liquid Eyeliner, Lip Gloss, Lipstick, Sheer Lipstick, Defining Mascara, Volume Mascara, Coverstick, Rose and Sage Mint deodorants, and Revitalising Leg & Arm Tonic. 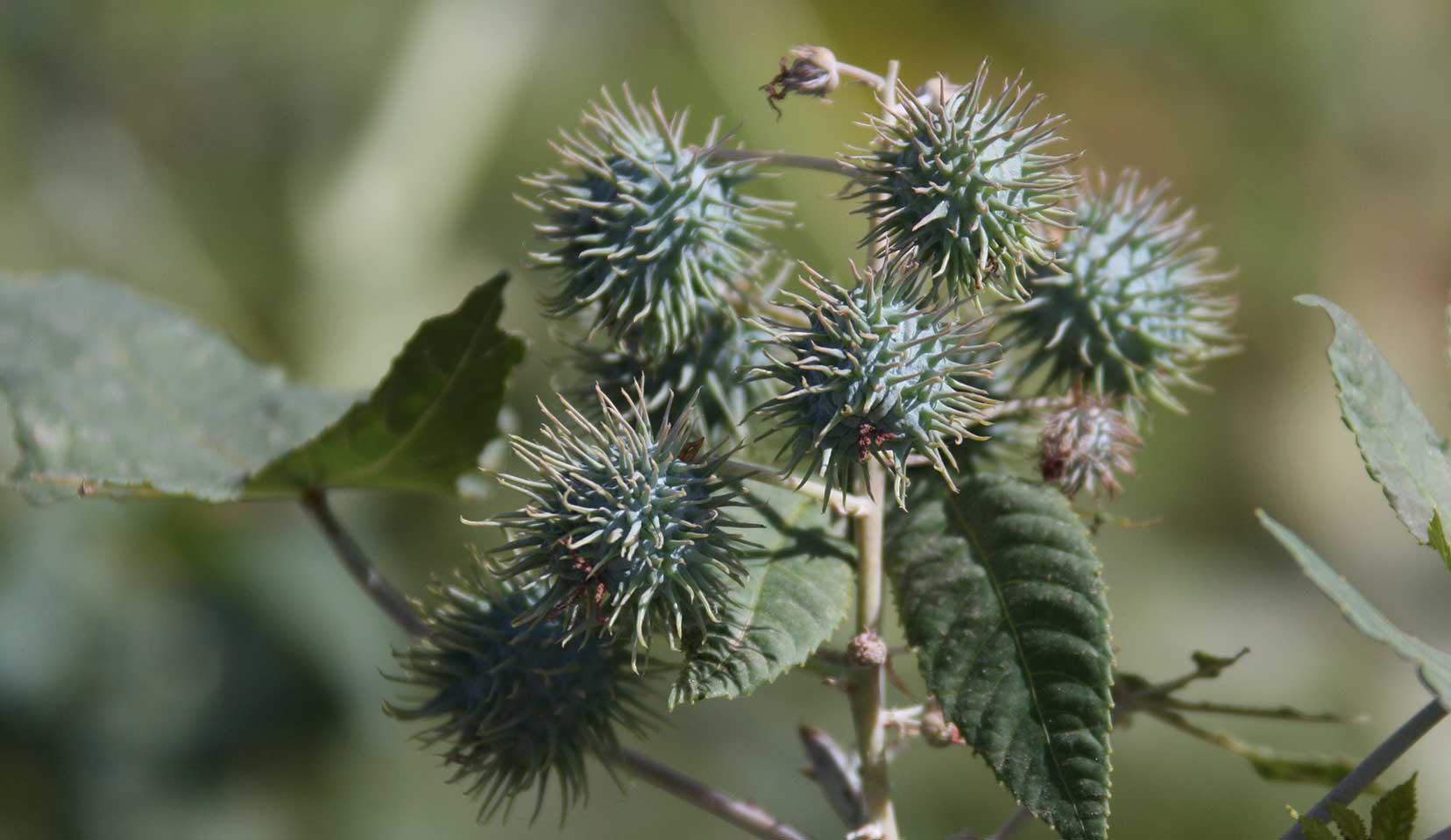